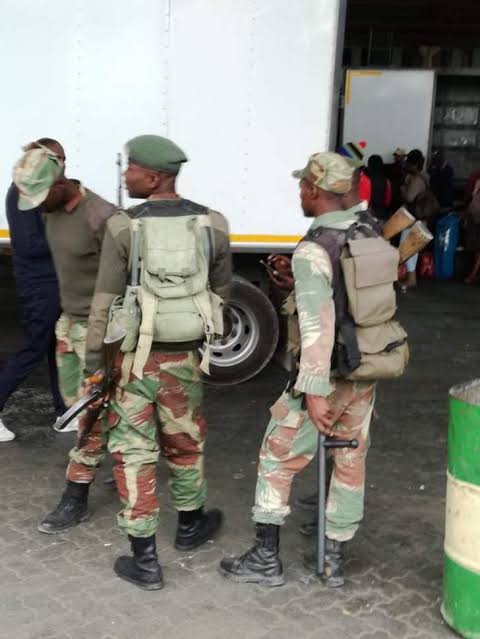 This apparently after people in some Harare suburbs started protesting against the government the previous day.

“The army here at Beitbridge border have begun blocking truck drivers from getting out of their trucks to chat with their colleagues, the way we have always done for years since independence.” reported on driver who refused to be named.

“Soldiers came and they took over 30 minutes explaining what is going on,” he added.

They reportedly told drivers, you are no longer allowed to get out of your trucks, you will have to stay inside until you are on the South African side.

They said we have orders from the top.