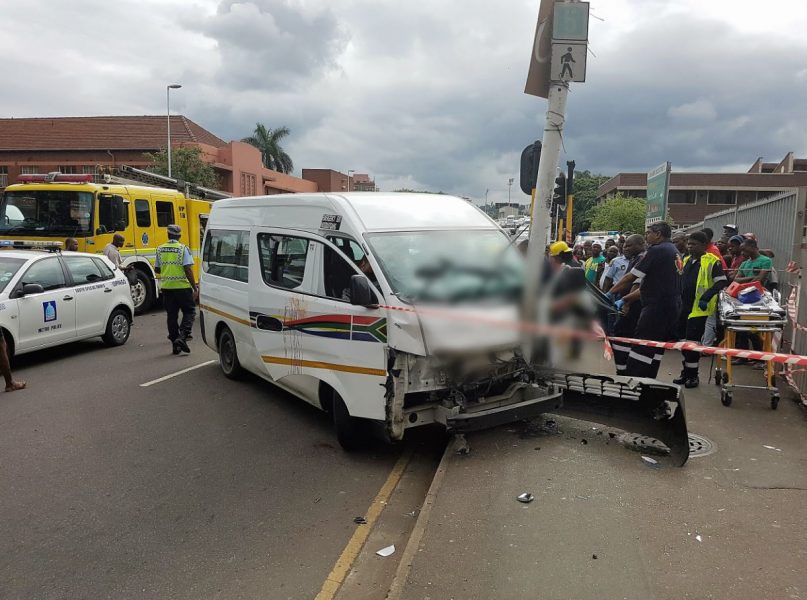 Nineteen people were injured after a taxi and two cars collided at the intersection of Alice Street and Russel Street in Durban around 14:30 on Saturday afternoon.

Rescue Care Paramedics’ Garrith Jamieson reports that paramedics arrived on the scene to find that the three vehicles had collided before the taxi veered off the road colliding with a pole on the side of the road.

One passenger was found to be entrapped in the taxi. Durban Fire Department used the jaws of life to cut the man free from the wreckage whilst Advanced Life Support Paramedics worked to stabilise the man. Eighteen other people from all three vehicles had sustained various injuries and were stabilised on the scene before being transported to various Durban Hospitals for the further care that they required.

At this stage the exact cause of the collision is unknown however SAPS were on the scene and will be investigating further.