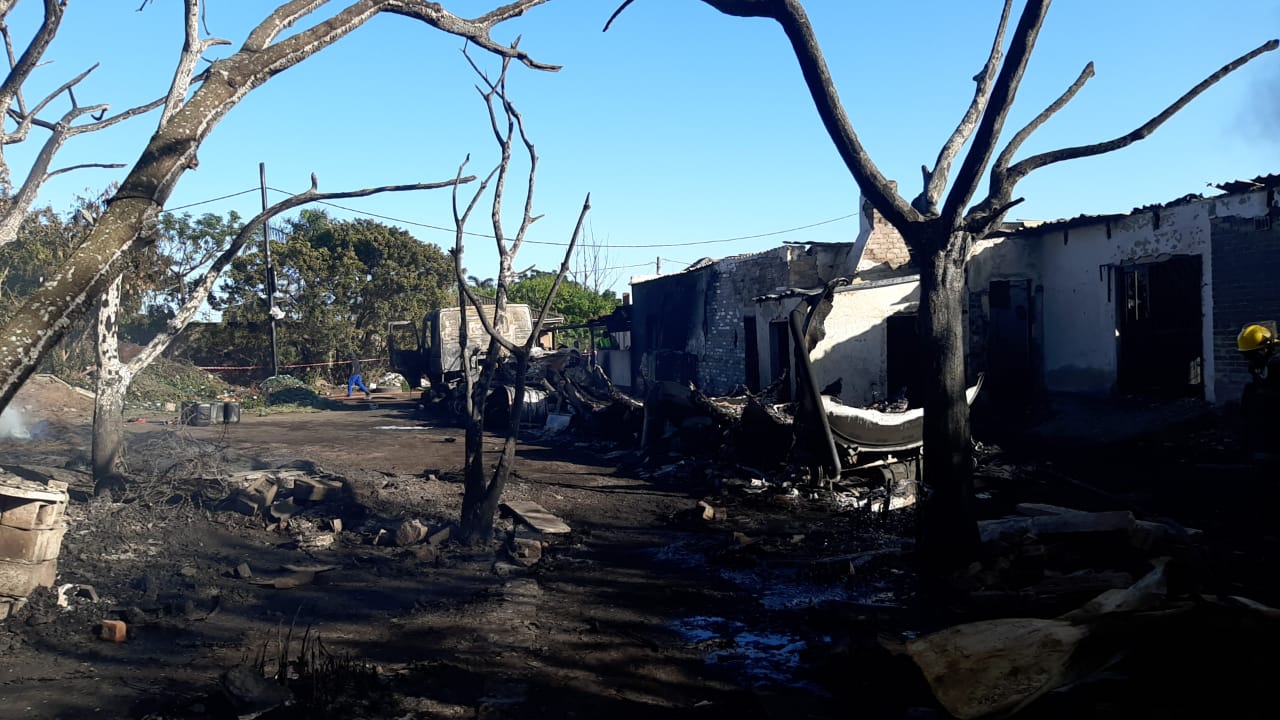 Two people have been killed in a suspected case of tampering with a Transnet Fuel Pipeline that went horribly wrong near Horse Shoe Road in Clairwood, south of Durban on Sunday morning.

Witnesses from the area reported hearing gunfire near a Transnet pipeline where a tanker rigid truck was parked presumably after stealing diesel from the pipeline.

A source who has asked to remain anonymous said there was a misunderstanding between the people with the tanker truck and people from the neighbourhood which led to a shootout.

“The tanker was shot at causing it to explode and burn,” he said.

The fire quickly spread to the nearby informal houses forcing evacuations.

Two people were reported to have died in the fire. It was not immediately clear how they died.

The tanker truck was completely destroyed in the inferno.

Two people have been killed in a suspected Transnet pipeline diesel pipeline tampering which led to a shootout and massive tanker truck fire – videohttps://t.co/vyK6OmZZ7l pic.twitter.com/l5SDlE7bWe