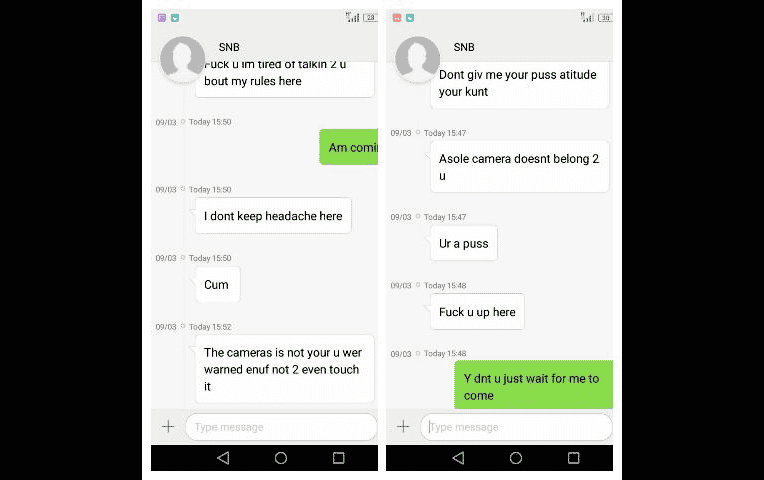 Does My Abusive Boss Really Don’t Have A Case To Answer?

A 37-year-old Durban truck driver’s quest for justice is all but hitting a wall. This after he reported his boss for verbally abusing him, at Brighton Beach Police station and all he ever got is calls from policeman telling him to drop the charges because they don’t hold water.

Mr Talent Itai says he has endured a lot of swearing from his abusive trucking boss even for the smallest of issues. According to him, it is not only him, he says many of his workmates have also alluded to being verbally and sometimes physically abused by the cheeky boss.

In one incident he says another truck driver crashed the truck moments after enduring a massive swearing session from the man. He thinks the tongue lashing on top of long work hours and other stresses of being a truck driver contributed to the man’s accident.

Itai decided enough was enough when his boss swore at him alleging that he had intentionally closed off the truck camera, he sent him messages attached below:

He says the messages came while he was driving down Van Reenen’s pass on the N3 on his way to Durban.

“This is modern-day slavery, I work hard for my family and in the process enrich this man but he thinks I am actually a p**s and a k**t,”

“If the fact that I am steering his millions worth investment won’t harness his loose mouth then what will?

A million unanswered questions flooded my mind,” he said in his own words.

Itai said he quickly pulled over into a lay by and wiped the camera but just as he was about to come back onto the road he felt so angry with his boss and decided he should park off to calm down.

After a few minutes he got himself back together and continued with his journey.

He went and made a report at the police station, BRIGHTON BEACH CAS 36/9/2017 refers.

After making the report an officer Govender contacted him and told him there was no case for his boss to answer and they were going to put the case away.

He says he responded by telling him that the man should have his day in court to which the officer said “never.”

The following day another officer named Mkhize called him and carried over from where Govender left.

“He told me my boss was going to fire me for opening a case against him. That I did not have a witness and will lose the case and that there was no proof of the messages for which I asked for his number to forward them but he refused,” he explained.

He says he gave the same response and that he was not worried about losing his job rather he just wanted justice.

The alleged abusive boss refused to comment after being contacted. Efforts to reach him at his Sirdar road based trucking company in Clairwood, Durban were also fruitless as our reporter was denied access into the premises.

Will justice ever be served here or like the officers have said, there is no case to answer?

Cape Town – More than 40 long-haul trucks, as well as half…

For hijackers, as in any ‘profession’, a lot of planning is done…

Aggressive driving is often demonstrated by drivers who take their anger, resentment…