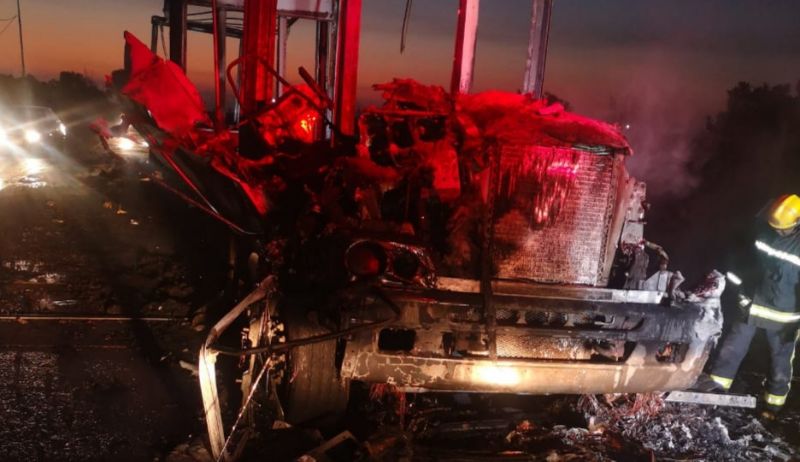 The SA Human Rights Commission (SAHRC) has heard how immigrants employed as long-distance truck drivers were identified before being attacked during violent protests.

The foreigners, many of who were Zimbabweans, were allegedly accused of stealing jobs meant for locals.

Chair of the Zimbabwe Community in South Africa Ngqabutho Mabhena appeared before an SAHRC inquiry on Tuesday, which was looking into violent attacks in which long-distance truck drivers were targeted.

He said in the majority of the attacks, which happened in KwaZulu-Natal, foreign drivers were stopped and asked to produce driving licences and other documents of identity. In most cases, they would produce their Zimbabwean driving licences and passports, leading to them been attacked.

“Following an outbreak of violence in the freight industry, we were approached to intervene. Our first point of entry was to have a meeting with Zimbabweans about their challenges. We were informed violence emanated from Africa Truck Drivers Association representing SA truck drivers.

“We were told that there was competition between migrant drivers and South African drivers. We also established that a number of Zimbabweans were working in the industry. What we didn’t establish was why employers preferred Zimbabwean truck drivers.”

Mabhena said they also discovered that Zimbabwean truck drivers were not members of a trade union.

“We then sought a meeting with Africa Truck Drivers Association. We then discussed it telephonically with their representative, who told us that Zimbabwean drivers are not allowed to work in the industry.

“The other issue raised was that Zimbabweans and other migrant drivers preferred to work long hours while South African drivers worked normal hours. Zimbabwean drivers would do more shifts with three drivers exchanging the wheel to earn more hours,” said Mabhena.

They were also told that migrant drivers wanted to perform the work of truck mechanics instead of using freight companies’ mechanics.

Busisiwe Goba from the Road Freight Association (RFA) said they wanted to establish the root cause of attacks on truck drivers.

“Every business entity has its own policies and would comply with legislation. Employees are afforded an opportunity to belong to various labour unions.

“We received 463 reports of violent attacks. About 155 attacks that were not related to non-nationals were also reported.”

She said some business premises were targeted by groups of people who prevented them from operating.