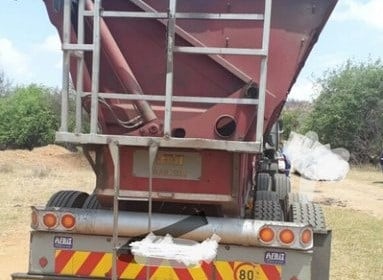 The Hawks’ Serious Organised Crime Investigation has seized a truck that was found with 36 tons of chrome worth approximately R120 000-00 on Thursday.

“The investigative team followed up on the information and the truck was intercepted at a washer plant in Boshoek. The truck was searched and the chrome was discovered,” he said.

Both the truck and the chrome have been seized for further investigation.

Thirteen people were injured this afternoon, including nine children, after a bakkie…

A family were lucky to escape unharmed, after a motor vehicle collision…