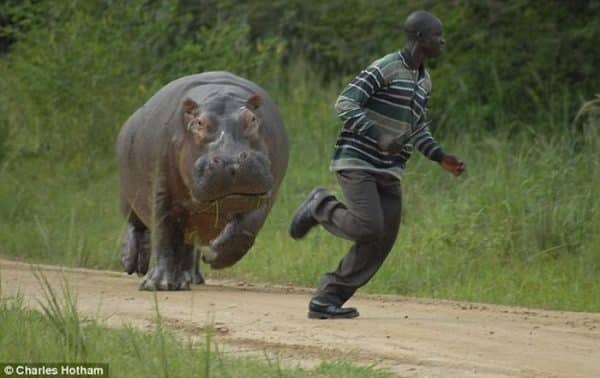 HARARE – A suspected Zimbabwean border jumper has died after being attacked by hippos in the Limpopo.

At least seven people have been killed by hippos while trying to illegally cross into South Africa over the past four years.

A report on Monday from Beitbridge said that the tragedy occurred in the early hours of Friday morning.

It’s suspected the man, who hasn’t been named, was trying to cross the Limpopo to get into South Africa illegally.

But he was attacked and fatally wounded by two hippos.

The state-run Chronicle said the man died on admission to Beitbridge Hospital.

Two hippos involved in the attack have been shot dead.

In July, a soldier patrolling the Zimbabwean side of the border was killed by a hippo on its way back to the river.

Port Elizabeth – Efforts are underway to extinguish a fire in the…