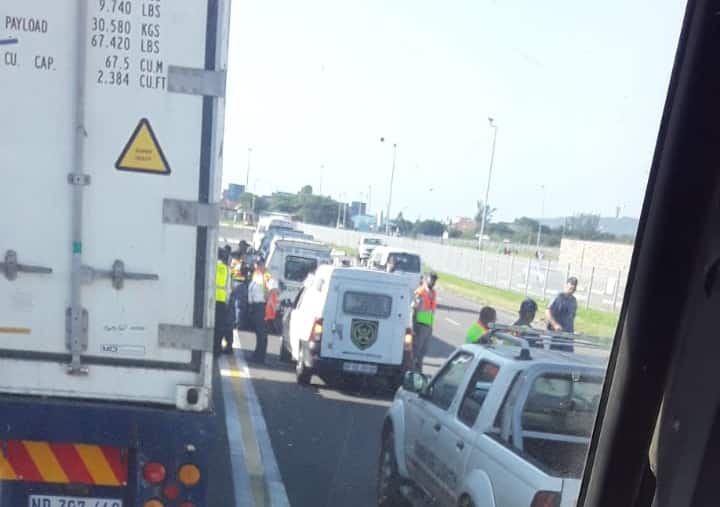 Durban – It has been a very busy day for the task team formed by the government to crackdown on illegal foreign truck drivers and their employers in Durban today, June 11 2019.

Officials could be seen chasing after the illegal migrants who tried to flee after being caught unaware in Durban harbour’s Pier 1.

The team comprising of Dept of Home Affairs, Immigration, Road Transport Inspectorate, Labour and South African Police Services pounced on the migrants as they queued with their trucks to offload at the port.

When the other ones saw what was happening they disappeared leaving their trucks unattended.

Some took to the heels but were chased down and apprehended by the SAPS.

A police source who spoke to SA Trucker around 13h00 said by that time they had locked up at least 13 people.

“They didn’t have their work permits while some did not even have passports,” said the source.

According to the source, the crackdown will be ongoing after complaints by local truck drivers that the authorities were not doing their job to keep illegal immigrants off their jobs.

Employers whose trucks were abandoned were asked to come to remove them and at the same time face the Labour dept officials.

The source could not confirm if any employer had been arrested.