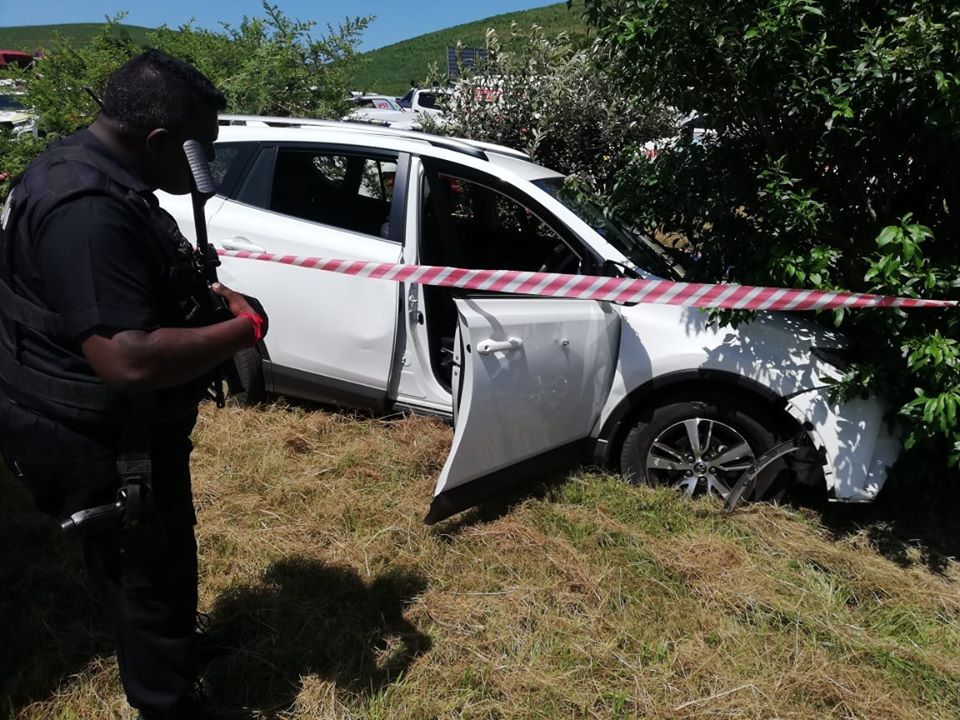 Durban – The N2 freeway is closed at Sibaya following a shootout between police and suspected house robbers on Friday afternoon.

A high-speed chase led to a shootout in which one suspect was killed and a policeman injured.

Reaction Unit South Africa (RUSA) received a call from Tracker requesting assistance in stopping a Toyota Rav that was taken during a home invasion in Stanger.

“The vehicle was travelling South on the N2 and was being pursued by several law enforcement agencies,” said RUSA spokesperson, Pram Balram.

“During the chase the suspects opened fire on first responders who returned fire at the getaway vehicle.”

The suspects rammed into a pursuing Toyota Hilux bakkie and a VW Amarok.

The gunmen lost control of their vehicle which veered off the highway and crashed into a tree in the center median.

The robbers continued firing as they crossed the northbound carriageway on foot.

“One suspect was shot and killed while his accomplice fled into a bush adjacent to the highway,” added Balram.

A 9mm pistol with an extended magazine was found next to the deceased.

The RUSA Robinson R44 helicopter was called out and conducted an aerial search of the area however the remaining suspect is still at large.

A first responder suffered minor injuries after a bullet pierced through the door of his VW Amarok bakkie and struck him on his side.

The bakkie was shot multiple times during the chase.

The vehicle was taken in a House Robbery in Mtunzini north of KZN earlier today.

Traffic officials warned motorists to stay away from the area. One security official described the scene as chaos as vehicles were reversing to get off the freeway at eMdloti.

Durban – An off duty Durban Metro policeman have been killed in…

Cape Town – The University of Cape Town executive and the Leadership…