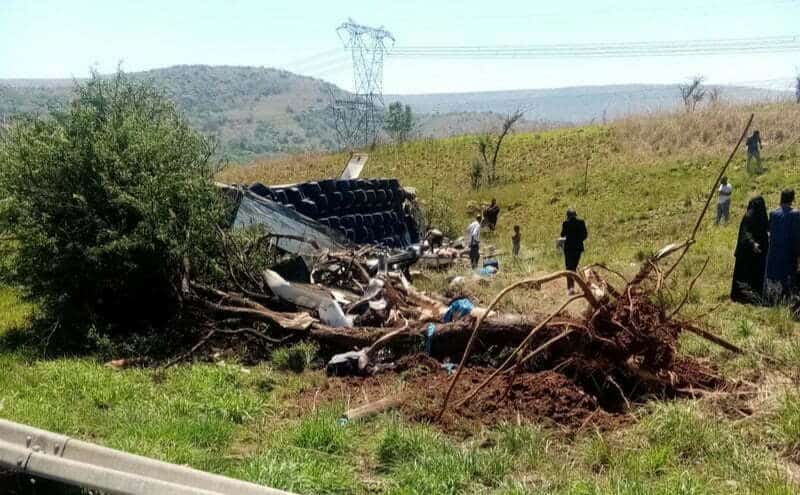 Nine people have been killed in a bus accident on the N3 near the Tugela river in KwaZulu-Natal late on Tuesday morning.

Emergency services are still on the scene of the horrific crash combing for survivors.

It is alleged that the bus was travelling northbound towards Johannesburg when the driver lost control and crashed through the barriers.

The province’s EMS spokesperson, Robert McKenzie, said that 9 people were killed and 60 others were being treated of their injuries.

The cause of the accident is not known at this stage.