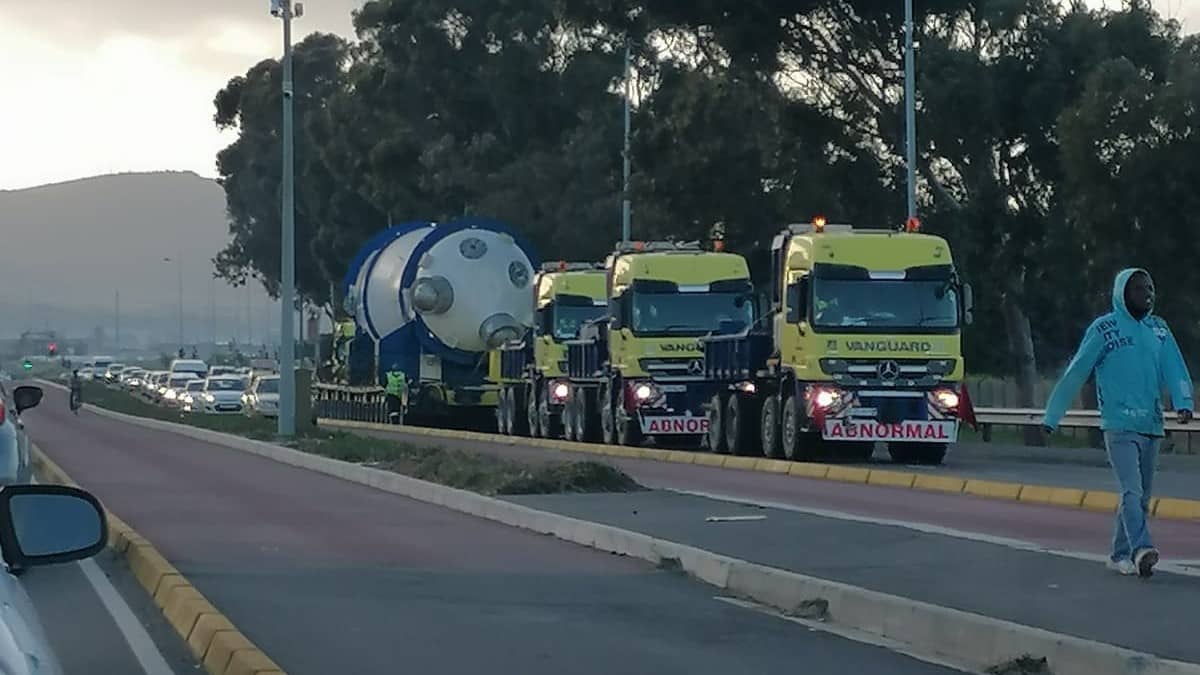 Cape Town – Vanguard Transport, one of the biggest players in the specialised transport sector in South Africa recently took on the task to move a Steam Generator weighing a whooping 376 tonnes from the Cape Town port to Koeberg power plant just outside the city.

Truck spotters, as always, did not waste time upon seeing the abnormal load convoy consisting of four trucks and a massive lowbed trailer.

They took pictures which flooded social media on Monday.

This Steam Generator was assembled in China and shipped to South Africa where Vanguard transported it on a low-bed trailer to Koeberg.

It weighs around 376 tonnes. 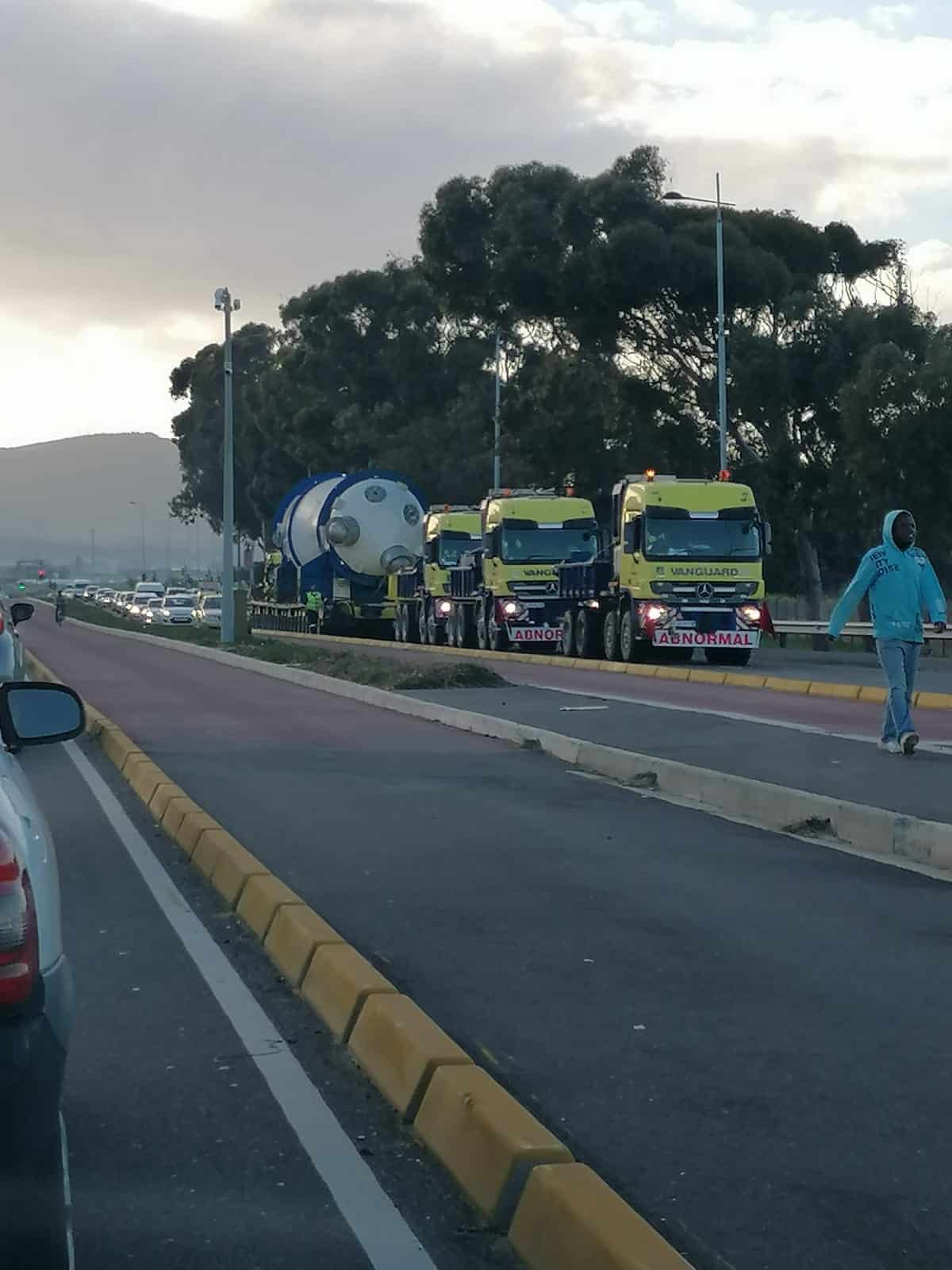 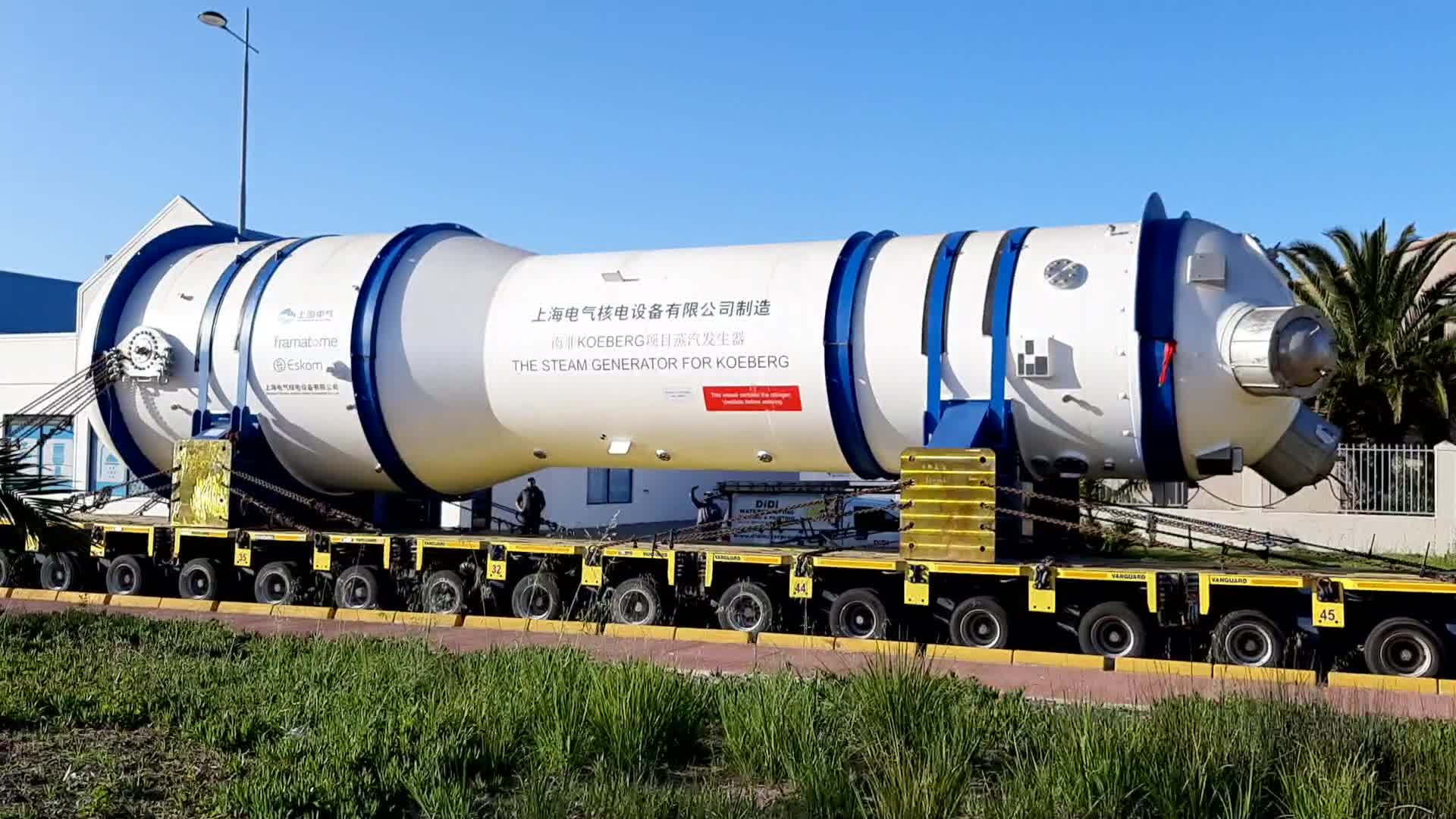 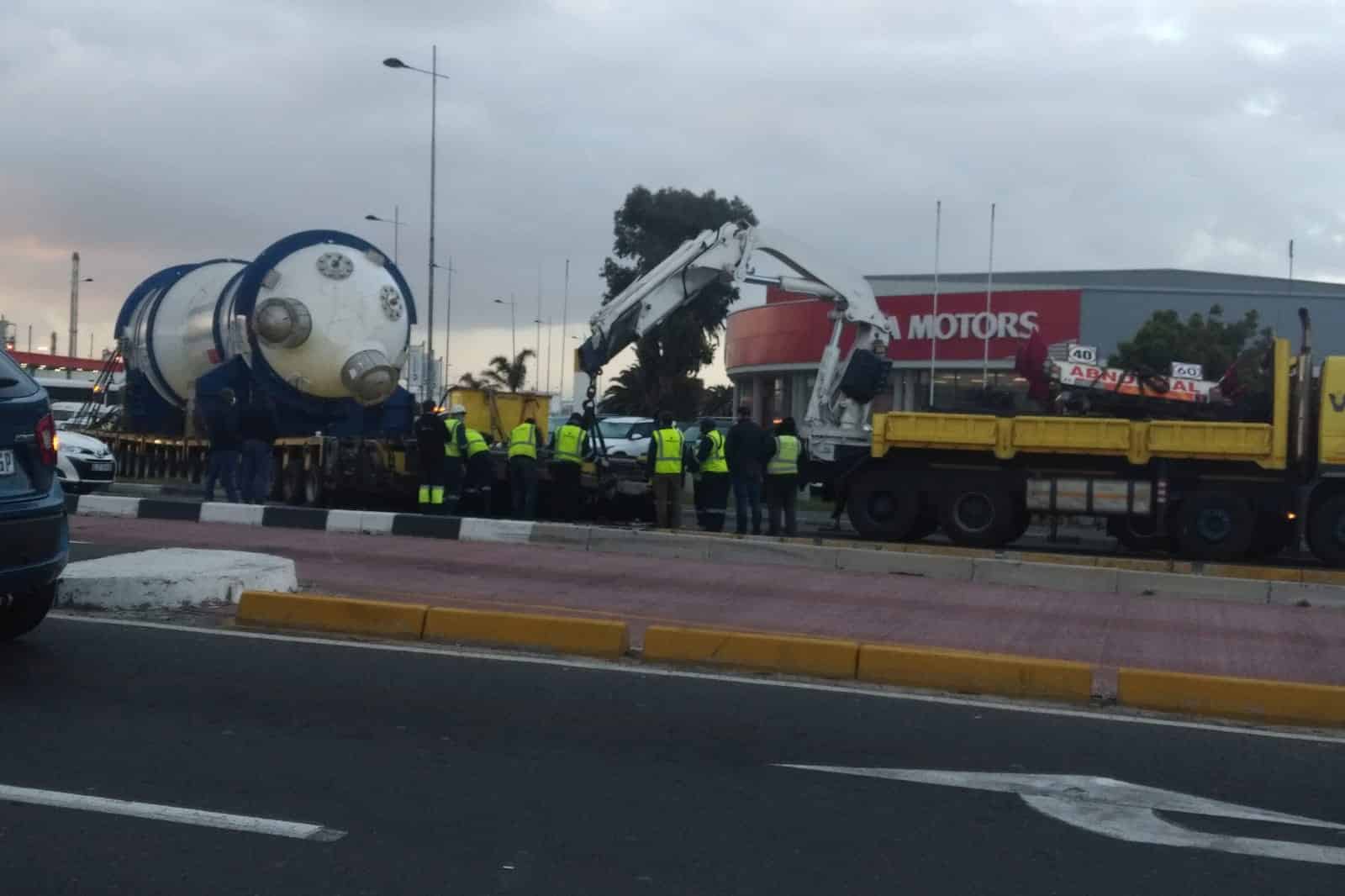