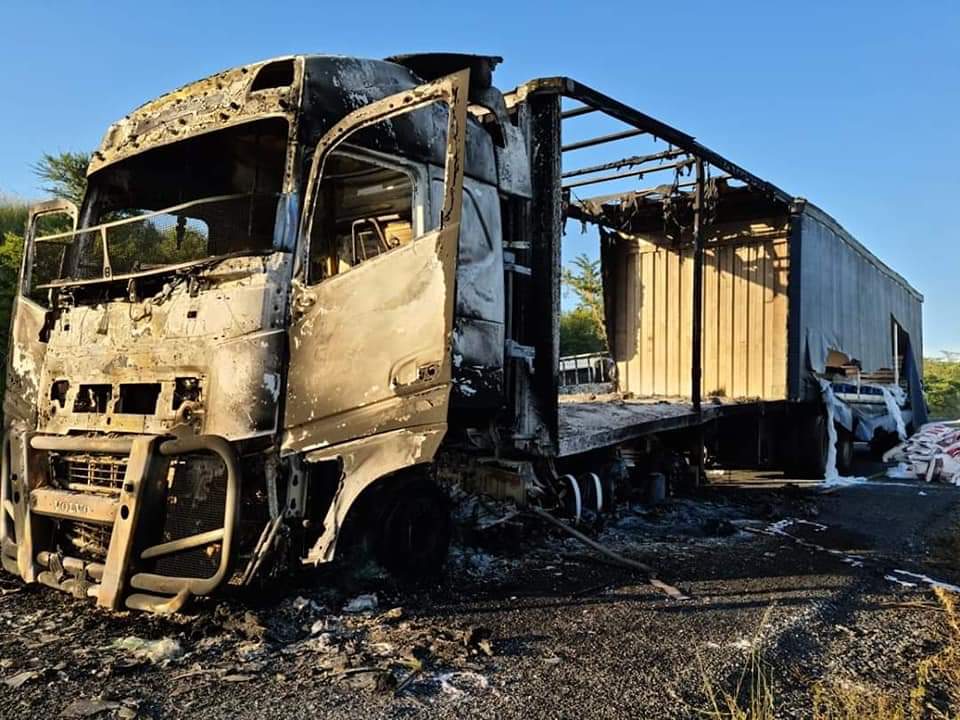 KwaZulu Natal police have been given a week to bring to justice the people who burnt five trucks yesterday morning during the Ladysmith violent protests.

The KwaZulu-Natal government also wants law enforcement agencies to restore calm, bring in more security personnel to rein in violent protestors who have brought most of the operations of the town to a halt.

The collective cabinet statement which was read out by provincial premier Sihle Zikalala on Tuesday after meeting with the Ladysmith chamber of commerce and industry, and going through the grievances of the protestors, outlined efforts to resolve the matter.

In a nutshell, the protestors under the banner of Ubumbano Lokuthula want Alfred Duma (Ladysmith) mayor, Vincent Madlala, an ANC mayor, out of office. They accuse him of using municipal resources for personal gain at the expense of service delivery in the collapsing which was once the jewel of the north.

Reading out the cabinet statement to the media after the meeting, Zikalala said as expected, all stakeholders are concerned with the current instability and want peace, law and order to be restored.

“We have canvassed many issues including the grievances about the functioning of the municipality. We want to start by condemning in the strongest terms the violent actions that have led to the destruction of property, torching of trucks and water shortages in some parts of the town. We are deeply concerned to learn that normal day to day operations have ground to a halt with public transport brought to a standstill, resulting in some school children missing out on school and businesses shutting their doors,” he said.

Zikalala’s cabinet then turned its attention to the burning of the trucks which were allegedly torched in the early hours of Tuesday morning on the R603 near Colenso bypass road. The incident resulted in the blockage of entry and exit points into the town.

Zikalala said they are deeply concerned about the instability of the past weeks because it has led to the closure of factories and inflicted huge economic losses of over R30 million rand a day.

“We have directed that the law enforcement agencies clamp down on lawlessness and ensure that heads must roll by the end of this week following the torching of trucks and destruction of property. We must isolate genuine concerns of the community from criminal conduct,” Zikalala said.

As the government moves to restore order, Zikalala said they had received a report from the police indicating that additional law enforcement has been arranged to monitor the situation and ensure that the rights of business and communities are protected at all times. In the process. Police have so far made 28 arrests – one of those arrested was found to be in possession of an illegal firearm.

Despite all this, the ANC as the ruling party that deployed Madlala, has not said anything on the matter in the past weeks.

It was also not clear whether or not the party will recall Madlala like it did with former Mandeni mayor, Siphesihle Zulu. Zulu was recalled when the municipality’s residents engaged in similar protests in March last year.

An Eastern Cape-based fuel supplier, Express Petroleum, has cut its ties with…

The Truck Cab, apart from being the cockpit of your rig, also…
We use cookies on our website to give you the most relevant experience by remembering your preferences and repeat visits. By clicking “Accept All”, you consent to the use of ALL the cookies. However, you may visit "Cookie Settings" to provide a controlled consent.
Cookie SettingsAccept All
Manage consent