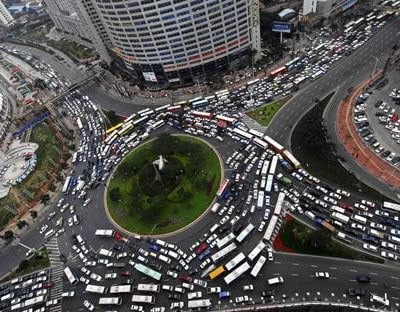 Peak hour traffic congestion is a pain for motorists everywhere in South Africa, but you can take comfort to know that as long as you are not in Cape Town, your traffic jam is not the worst in the country.

According to INRIC Global Traffic Report Cape Town is the most congested city in SA, with drivers spending an average of 124 hours a year in traffic, beating Johannesburg which came second with 74 hours and Pretoria third with 65 hours.

Durban dropped from third spot where it was previously tied with Pretoria to sixth spot, with commuters spending 24 hours in traffic.

The 2019 global traffic report was published by connected car and transportation analytics company INRIX. It calculates time lost in congestion and uses peak, off-peak and free-flow data to calculate daily commutes within a city.

You may now be thinking that if Cape Town is not the worst in the world, how worse can be number one.

HERE ARE THE WORLD’S 10 WORST CITIES: