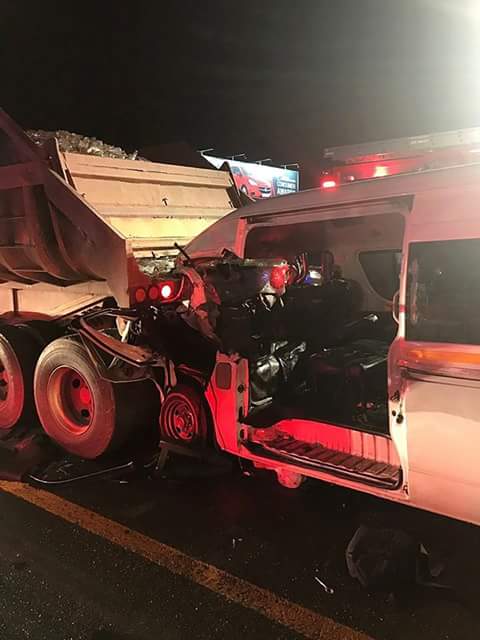 Three people were killed and at least eight others sustained serious injuries when a taxi collided into the back of a stationary truck on the R21 south near Boksburg on Monday evening.

When paramedics from ER24 and Netcare arrived on the scene, they found numerous people still trapped inside the taxi.

Paramedics assessed a total of nine victims at the scene, all from the one taxi.

Tragically three males lost their lives as a result of the severe injuries they sustained.

The Netcare 911 helicopter was called to the scene and the flight crew attended to a 27-year-old male victim who was in a critical condition with multiple serious injuries.

He was placed on a ventilator and then airlifted to an awaiting trauma unit for further urgent care.

Five other victims were transported by ambulances to hospital for further care.

Fire fighters from Ekurhuleni Emergency Services used specialised rescue equipment to cut the minibus taxi and free the victims from the wreck.

The Metro Police were also on scene to investigate the incident.