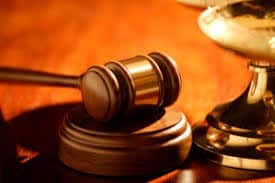 The deadly competitive world of the tow truck industry came under the spotlight when a tow truck owner and his employee appeared in the Pietermaritzburg Regional Court on Wednesday for the murder of a rival operator, Viren Devcharan.

Prashim Ramnarayan and his employee, Githesh Ragunath, both pleaded not guilty.

The State alleges that Devcharan was struck with a golf club near the Protea Hotel in Hilton on the night of June 18, 2014, during an altercation between the two rival operators. He subsequently died in hospital.

In support of his not guilty plea, Ragunath, 19, confirmed that he was employed by Ramnarayan, as a mechanic and tow truck operator.

He explained that Devcharan owned Umgeni Towing, the main opposition to Ramnarayan’s business.

Ragunath alleged that during 2014, there were various incidents in which Devcharan and his employees verbally and physically abused him and other employees at Ramnarayan’s business.

Pretoria – The driver of a diesel tanker was killed when he…