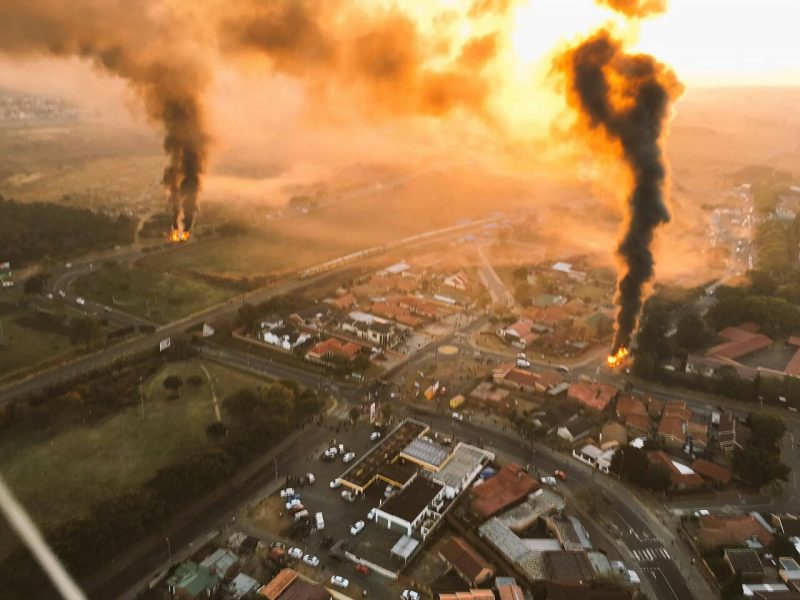 The Minister of Transport, Dr Bonginkosi Blade Nzimande, strongly condemns the blocking of roads, and torching of public and private property by protesters in various areas of South Africa.

Today, 20 June 2018, Protestors have blocked the N3 Toll Route in both directions at Van Reenens Pass between Harrismith and the Tugela Toll Plaza / Ladysmith. Law enforcement and emergency services have been deployed to the area, but at this stage there is no indication when the road will be re-opened.

Motorists are advised to avoid travel to this area. Should it be essential to depart whilst the situation is not yet resolved, the following routes can be considered as alternatives:

Amongst the reported incidences of protests, includes the torching and looting of two cargo trucks and the blockading of the N2 between Mtubatuba and Hluhluwe in the northern parts of KwaZulu Natal and also the blocking of the road using earthmovers by Ethekwini Municipal Workers at the Springfield Park in Durban.

Meanwhile in Johannesburg, protestors burnt tyres, restricted travel between London Road and Marlboro, creating heavy backlogs from the Gilloolys Interchange and in a separate incident at the R59 near Meyerton, protestors closed roads protesting over housing.

“Any person who blocks roads conducts a criminal act and will be charged and prosecuted,” said Minister Nzimande.

Minister Nzimande calls upon the protest organisers to ensure that they use government platforms of engagement provided by our Constitution and laws to raise their concerns on service delivery.

“I want to reiterate the government’s call that any legitimate concern that communities have, should be raised in a non-violent manner and in line with the laws of our country governing. Any criminal acts, in the form of violence, destruction of state and private property, looting and the blockading of the road under the pretext of service delivery protests will not be tolerated,” said Minister Nzimande.

The Minister said that these are typical acts of sabotage, disdain and criminality and remain condemned.

“I remain grateful to the law enforcement agencies and emergency services for their swift response in restoring peace and stability in all the areas affected by these protests,” said Minister Nzimande.

Issued by:
Minister of Transport