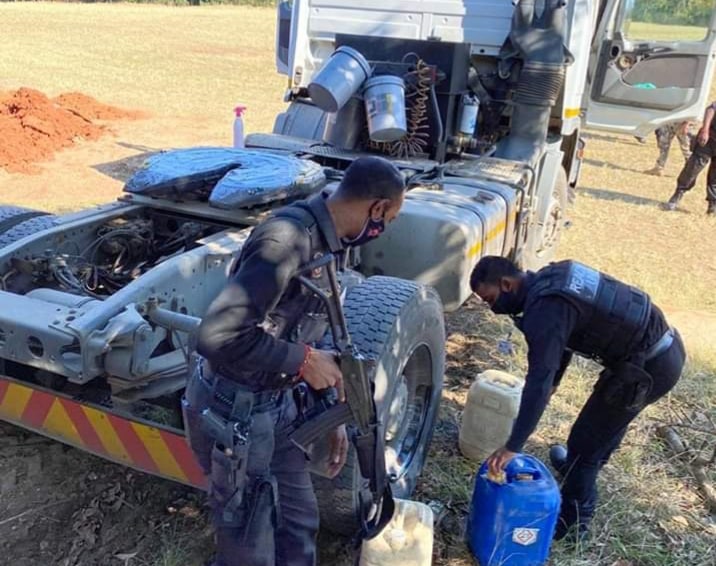 Two men employed at a trucking company based in Durban were apprehended by members of Reaction Unit South Africa (RUSA) while they were in the process of draining diesel from their company truck in Canelands, Verulam earlier today (Thursday).

A Reaction Officer who was on patrol in the area noticed the truck with two occupants turning towards the Canelands Soccer Grounds.

The Officer believed that the occupants intended on locating an isolated spot to steal fuel from the vehicle.

The RUSA Member updated the Operations Center and called for additional backup to surround the sports grounds while he kept observation of the truck from a distance.

The driver of the truck and his crew were seen removing three 25 litre plastic drums from the cab.

While one person proceeded to drain the diesel with a garden hose his accomplice kept watch. Reaction Officers converged onto the grounds and apprehended both men.

The three drums were already filled with diesel.

The owner of the truck was contacted and she stated that the truck was booked in for a service in Springfield Park. The driver and his crew were expected to pickup the vehicle and park it off at the depot.

The driver who is a resident of Groutville in KwaDukuza claimed that he and his crew decided to steal from their company due to their hours of employment being reduced. 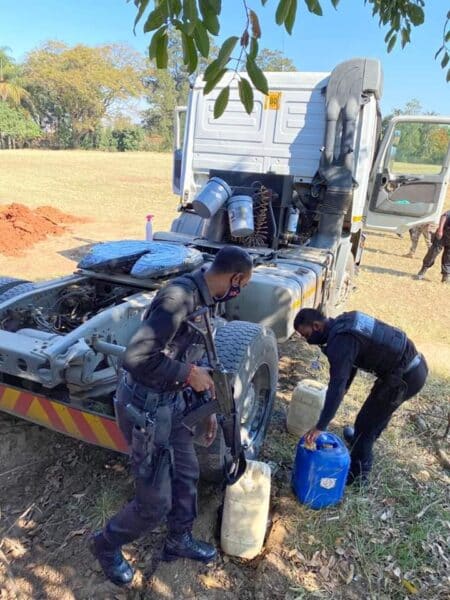 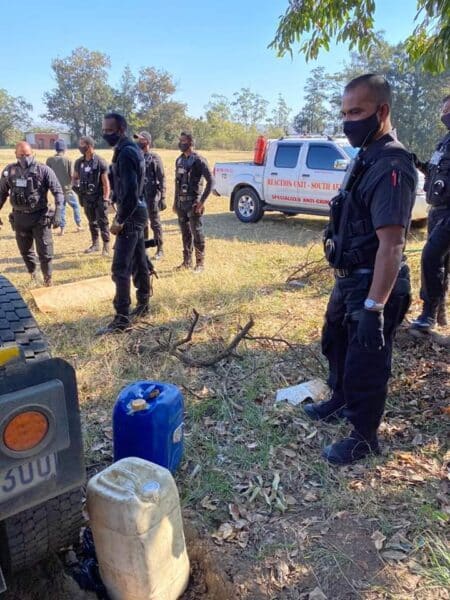 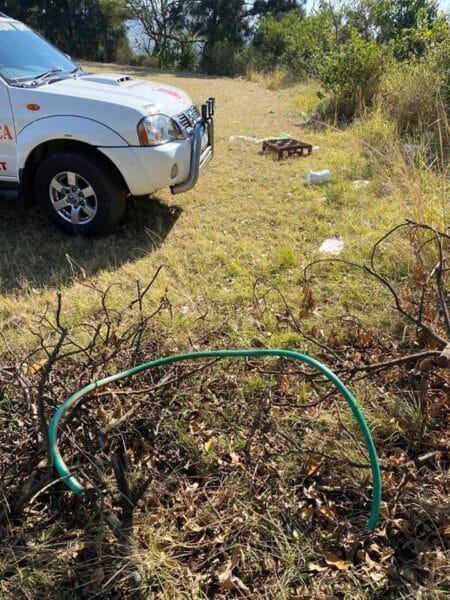