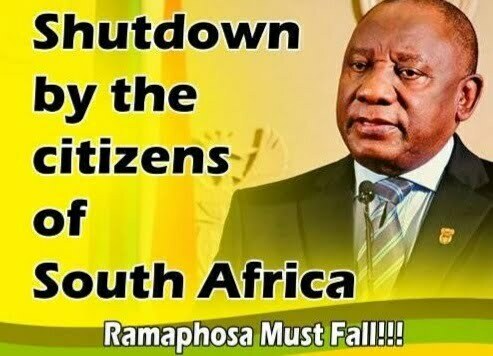 Durban – While the KZN Premier Sihle Zikalala has said there won’t be any shutdown on 23 August 2021, it has not entirely allayed fears of the repeat of the July unrests in KZN and Gauteng.

Messages of threats of a second attempt at an insurrection have been making rounds on social media.

These messages purport that a second round of looting is being planned, or imminent.

The instigators have threatened to make all of KZN ungovernable on Monday the 23rd of August 2021 by attacking National Key Points, Police Stations and private security companies to obtain arms.

According to a poster circulating on social media, the organizers are calling for the removal of President Cyril Ramaphosa from his position.

Zikalala said while they would not be detracted by fake news of the August shutdown, they were also not taking anything for granted.

“We have received reports about posters that are doing its round on social media saying on the 23rd there will be a shutdown.

“We have reported this to law enforcement agencies and we believe they are ready for that.”

Zikalala said he wanted to assure all people of KZN that there is no such shutdown.

“We want to further assure them and guarantee their safety; police and other law enforcement agencies will be all over to protect them.”

“We don’t want to be detracted by anything.”

SA Trucker notes with concern the recent threats of civil unrest and urges the trucking community to share information responsibly.