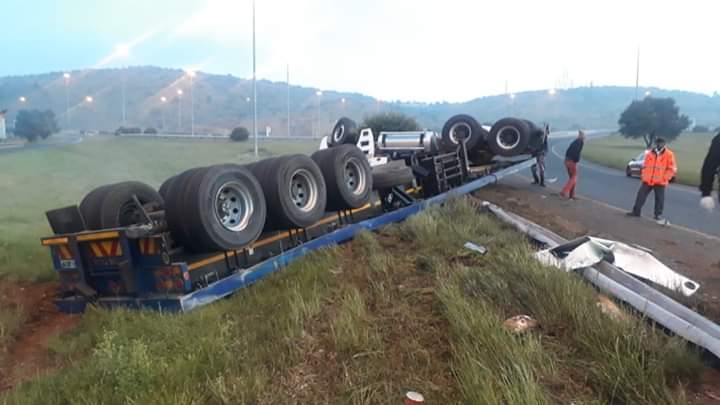 A Durban truck driver is fighting for his life in hospital after he got injured when his truck overturned on R59 on Saturday morning.

The accident happened on R59 Johannesburg bound just before the N12 in Alberton.

A video of the horrific crash scene shows that it was a serious accident.

The rig is separated from the trailer while two freight containers can be seen a distance away.

A SA Trucker who arrived at the scene just moments after the crash said the driver survived with serious injuries.

“The truck driver was seriously injured, he got stabilised by paramedics who then took him to hospital,” he said.

No one else was injured or involved in the accident.