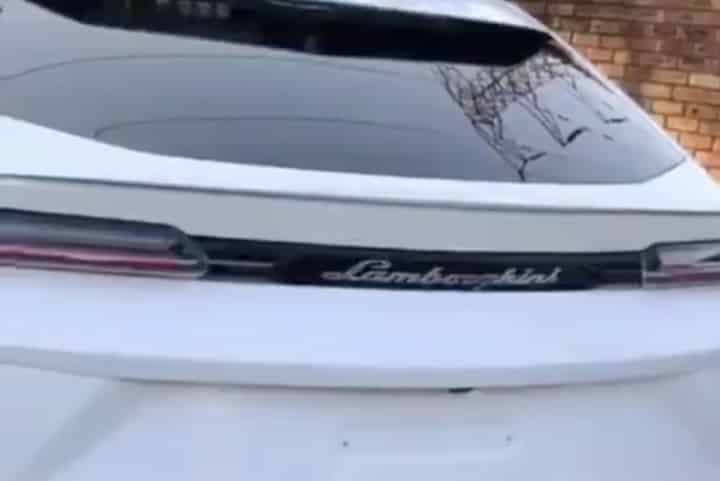 Watch: Joburg man buys a Lambo, Jeep and 3 Porsches all in one day

Thabiso Hamilton Ndlovu, a Johannesburg businessman has purchased 5 luxurious vehicles in one day invoking the Sam Chabalala warning about displaying wealthy and success on social media.

The businessman has been trending on social media after a video showing off his purchase of a Lamborghini, Jeep and three Porsches surfaced on Twitter.

In the video, Ndlovu can be heard telling another person who the luxurious cars are for.

He bought the one Porsche for the kids and another for his mother.

He bought one Lamborghini Urus, three Porsches and a Jeep for himself, the “kids”, his parents and wife.

According to his social media profile, Ndlovu is the founder of Hamilton Holdings, a company that provides commercial and engineering services in the SADC region.

“With nearly 20 years of combined multi-industry experience as a supplier of Strategy, Consulting, Research and Development, Engineering, Operations and Technical Staffing. To a diverse spectrum of industries, we can provide the quality resources you need, exactly when you need them,” reads the description on his company website.

The company’s head office is in Melrose Arch, with three other branches in other provinces.

While many have congratulated the man, some have cautioned him that the video could attract attention from law officials who may investigate him, as happened to Sam Holdings. This website uses cookies to improve your experience while you navigate through the website. Out of these, the cookies that are categorized as necessary are stored on your browser as they are essential for the working of basic functionalities of the website. We also use third-party cookies that help us analyze and understand how you use this website. These cookies will be stored in your browser only with your consent. You also have the option to opt-out of these cookies. But opting out of some of these cookies may affect your browsing experience.
Necessary Always Enabled
Necessary cookies are absolutely essential for the website to function properly. These cookies ensure basic functionalities and security features of the website, anonymously.
Functional
Functional cookies help to perform certain functionalities like sharing the content of the website on social media platforms, collect feedbacks, and other third-party features.
Performance
Performance cookies are used to understand and analyze the key performance indexes of the website which helps in delivering a better user experience for the visitors.
Analytics
Analytical cookies are used to understand how visitors interact with the website. These cookies help provide information on metrics the number of visitors, bounce rate, traffic source, etc.
Advertisement
Advertisement cookies are used to provide visitors with relevant ads and marketing campaigns. These cookies track visitors across websites and collect information to provide customized ads.
Others
Other uncategorized cookies are those that are being analyzed and have not been classified into a category as yet.
SAVE & ACCEPT
Total
468
Share
468
0
0
0
0