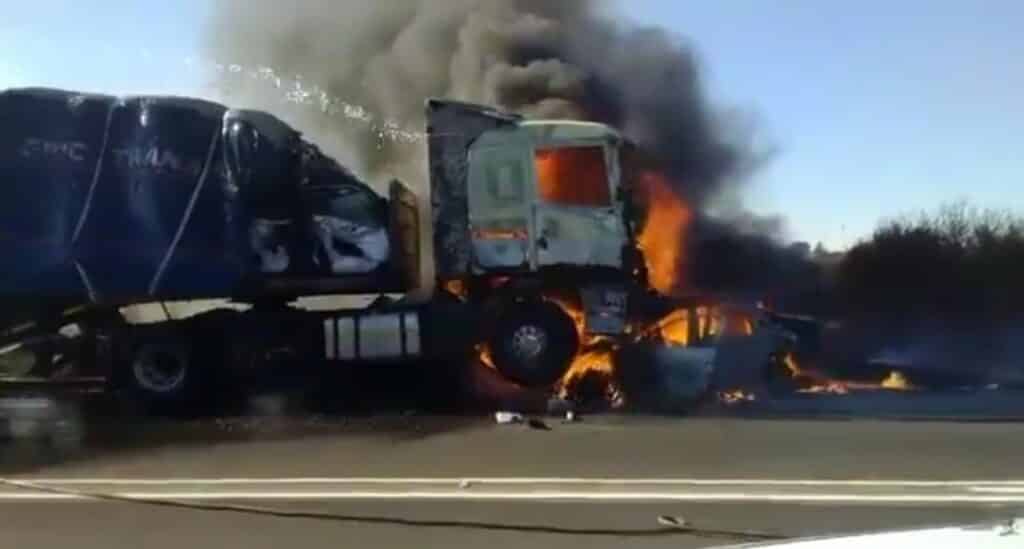 Four people were burnt beyond recognition after their Audi A4 collided head-on with a truck and caught fire on the N14 at Coligny in the North West on Sunday afternoon.

All the occupants of the Audi A4, including a child, were burnt beyond recognition when the two vehicles collided and caught fire.

“Police first thought that [only] three people had died in the accident, but later confirmed that a child had also died in the wreckage,” police spokesperson Colonel Adele Myburgh told SA Trucker.

The truck was carrying coal and was travelling to Johannesburg on the N14 when the incident happened.

Traffic was diverted through Coligny as authorities worked to clear the scene.

The cause of the fatal crash is still unclear, however, police are investigating.

The truck driver survived the crash and a case of culpable homicide is being investigated.

Three people were burnt beyond recognition when their car collided head-on with a truck on N14 at Coligny. The two vehicles to burst into flames on collision. pic.twitter.com/agXqRnZLRU

Every second counts when you are in a tight situation. This trucker…