Namibia – A Namibian Traffic official is in trouble with the law after he was caught receiving a bribe on film.

The anti-corruption officers pounced on the official immediately after he took the bribe from a motorist.

An anti-corruption official can be asking the cop that it’s him again, which could imply that he is a habitual offender. 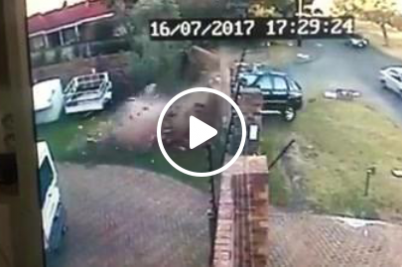