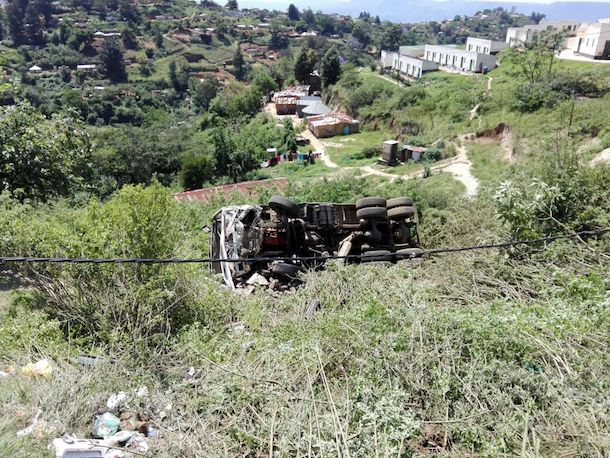 Two people were injured after their truck rolled down an embankment in Hillcrest, on Friday.

According to ER24 paramedics who were at the scene, the two occupants of the truck managed to climb out of the vehicle and up the embankment.

They sustained moderate injuries, and were taken to a nearby hospital for treatment.

It is believed that the driver of the truck lost control of the vehicle, causing it to veer off the road and roll down the embankment.