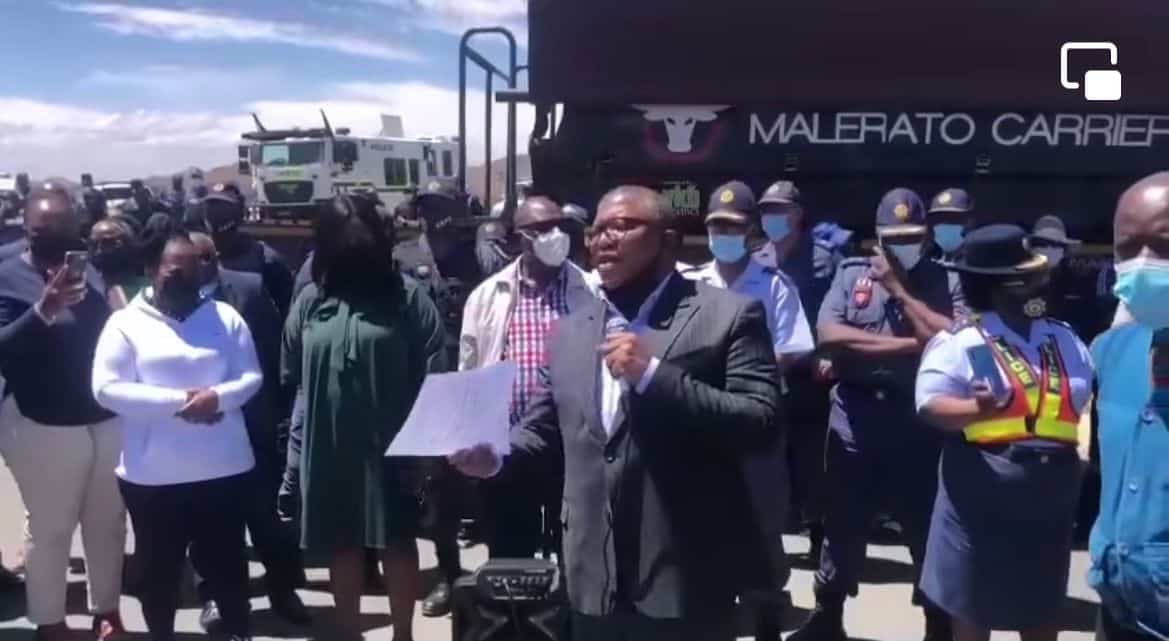 Striking SA Truckers have vowed to continue their blockade of the N10 outside Middelburg after negotiations with Transport Minister Fikile Mbalula and Minister of Employment and Labour Thulas Nxesi reached a deadlock.

Local truck drivers are protesting against the employment of foreign nationals.

Mbalula asked the drivers to remove their trucks while he takes the matter to the cabinet for urgent attention and then give feedback after three weeks but the truckers refused to budge.

Responding to Mbalula’s request, the truck drivers told him that the problem has been ongoing since 2014 and no progress has been seen yet hence they wanted action immediately.

“We want Ramaphosa to cone and address us here,” shouted one truck driver, much to the approval of his mates.

The economic route has been disrupted as SA truck drivers are protesting against the hiring of foreign nationals.

Truck drivers have been stuck in one place from the start of the strike on Sunday morning.

“Vehicles are allowed to pass through but all trucks are being stopped. At this stage, it is alleged that the drivers are protesting against foreign drivers,” said police spokesperson Captain Lariane Jonker.

“Truck drivers are requested to please use the R65 Steynsburg road as an alternative travelling route, ” said Jonker.

CAPE TOWN – A driver of a truck died an agony after…