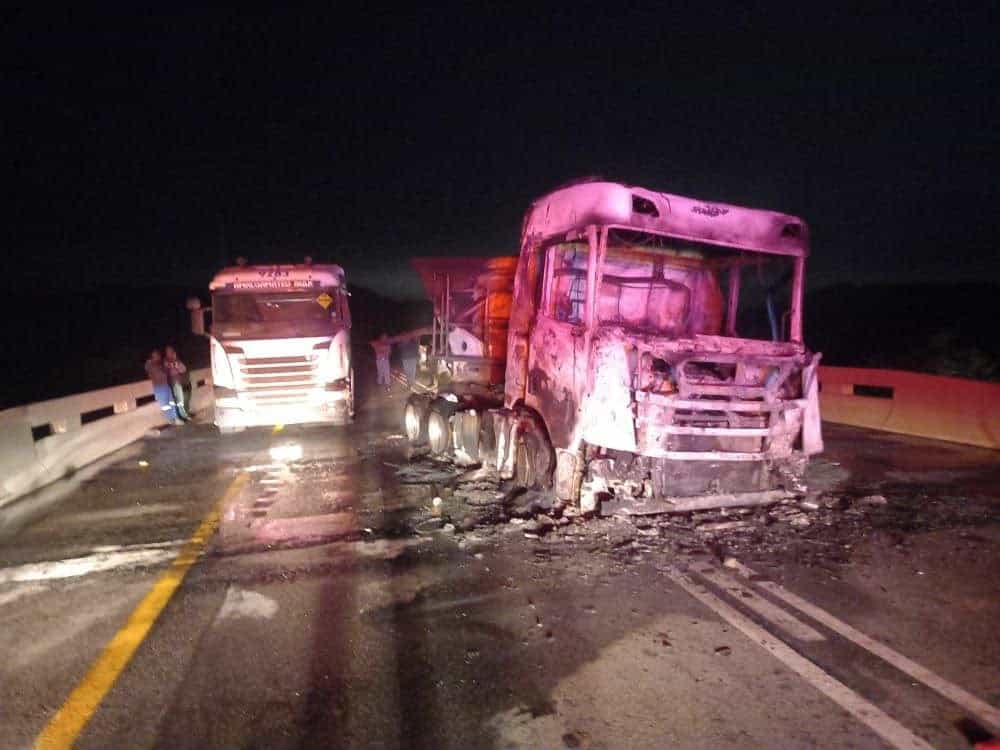 Watch: Trucks Burned On N4 As Protests Erupt In Mbombela

Several trucks were burned early on Monday morning on the N4 next to the Kanyamazane entrance towards Matsulu as service delivery protests erupted in the area.

Some roads were barricaded with burning tyres and rocks, and a few trucks that had been reportedly hijacked in the middle of the night.

One of the protesters told the publication that they wanted services and even threatened to boycott the upcoming elections.

“We only want services, nothing less and nothing more. We want assurance from the leaders that we will all be given equal employment opportunities after the elections,” he said.

The crowds said that roads in many parts in the City are in a poor state, with potholes around every corner. Water and sanitation remain a huge challenge, with many communities still having to operate without clean, running water.

Reacting to the protest action, the Mpumalanga MEC for community safety, security and liaison, Vusi Shongwe, condemned in the strongest possible terms the sporadic closure of some roads around the City.

“We are not a lawless state. People must protest and raise their unhappiness within the ambit of the law. Our country is still reeling from the ravaging pandemic that had left many people without jobs. Therefore, any person whose actions sabotage the economy, must be harshly dealt with. Communities should refrain from blockading the roads, because that is not only dangerous for people requiring urgent medical attention, it also sabotages our economy,” said Shongwe.

Watch the video of the trucks burning below;