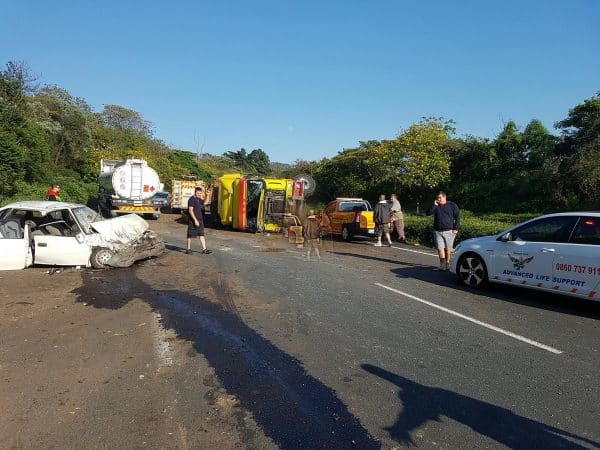 15 injured after truck collides with taxi and car on M7

Early on Tuesday morning around 06h30 a truck collided with a taxi and a car on the M7 highway west bound.

The scene suggest the truck was travelling east towards the Bluff when the driver lost control and it crossed onto oncoming traffic colliding with a taxi full of passengers and a car.

Rescue care paramedics attended to at least 15 people injured in the crash before they were transported to nearby hospitals.

Jaws of life had to be used to free the car driver who was trapped in the wreckage of his car. He was transported to hospital in a critical state.

Authorities warned motorists to stay off the scene, M7 west between N2 and N3, saying that it would take some time to clear the scene.