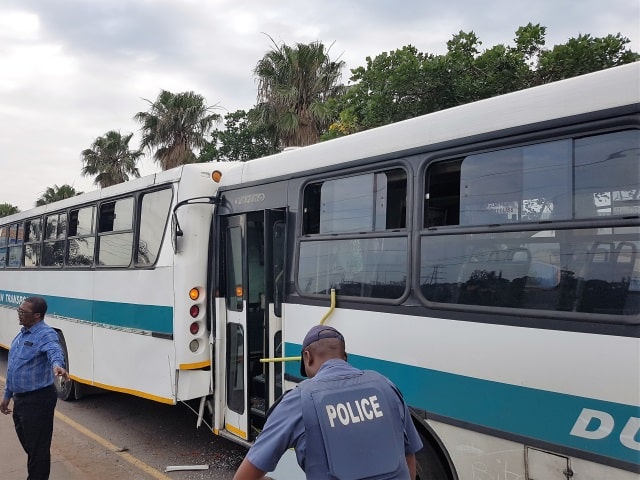 Durban- Approximately 80 people have been injured this morning after two buses collided on the Mangusuthu Highway in Umlazi, KwaZulu Natal.

One bus rear ended the other one which had stoped on the road.

Paramedics treated the patients and thereafter transported them to various hospitals for further treatment.

The KwaZulu-Natal Premier, Willies Mchunu and the MEC for Transport, Community Safety…