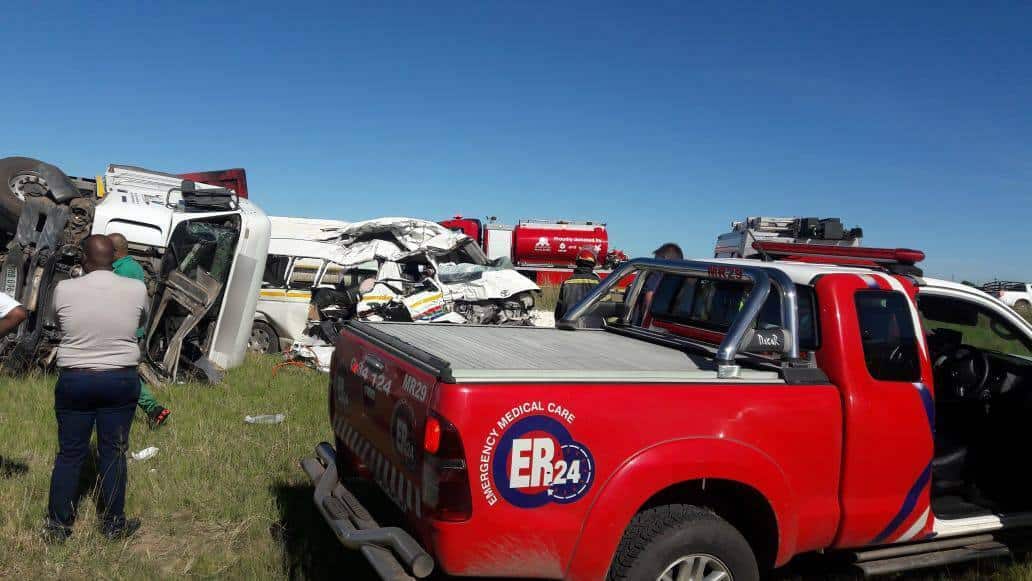 At least seven people were killed and three others injured following a head-on collision between a taxi and a truck on the R82 Koppies Road in Sasolburg.

ER24 paramedics and several other services arrived on the scene before 08h00 and found the taxi and the truck on the side of the road.

Both the truck and taxi had sustained a significant amount of damage in the collision.
On closer inspection, medics found several patients lying trapped inside the taxi.

Medics assessed the patients and found that at least seven people from the taxi had sustained fatal injuries. Nothing could be done for them, and they were declared dead.

Three other patients were tended to. One was found in a critical condition while two others had sustained moderate injuries. Medics treated the patients and provided the critically injured with advanced life support interventions.

After treatment, the patients were transported to a nearby hospital for further care.
Local authorities were on the scene for further investigations. ER24