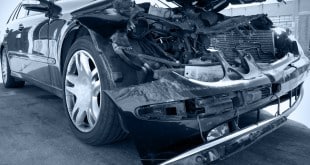 Thirteen people were injured this afternoon, including nine children, after a bakkie rolled on the N3 north-bound Highway in Linfield Park outside of Pietermaritzburg.

ER24 paramedics, along with another private service, arrived on the scene and found the bakkie parked on the side of the road.
When paramedics assessed the scene, they found that the 13 patients had taken shelter in a taxi that had stopped and offered assistance.

Upon assessment, paramedics discovered that 9 children, aged between 1 and 12, and four adults had all sustained minor to moderate injuries.

Fortunately, no serious or fatal injuries were reported on the scene.
Paramedics treated the patients and thereafter transported them to Northdale Provincial Hospital for further care.
It is understood that the occupants had been on their way to church when the driver lost control of the vehicle, causing it to overturn.

Local authorities will be investigating this matter further.