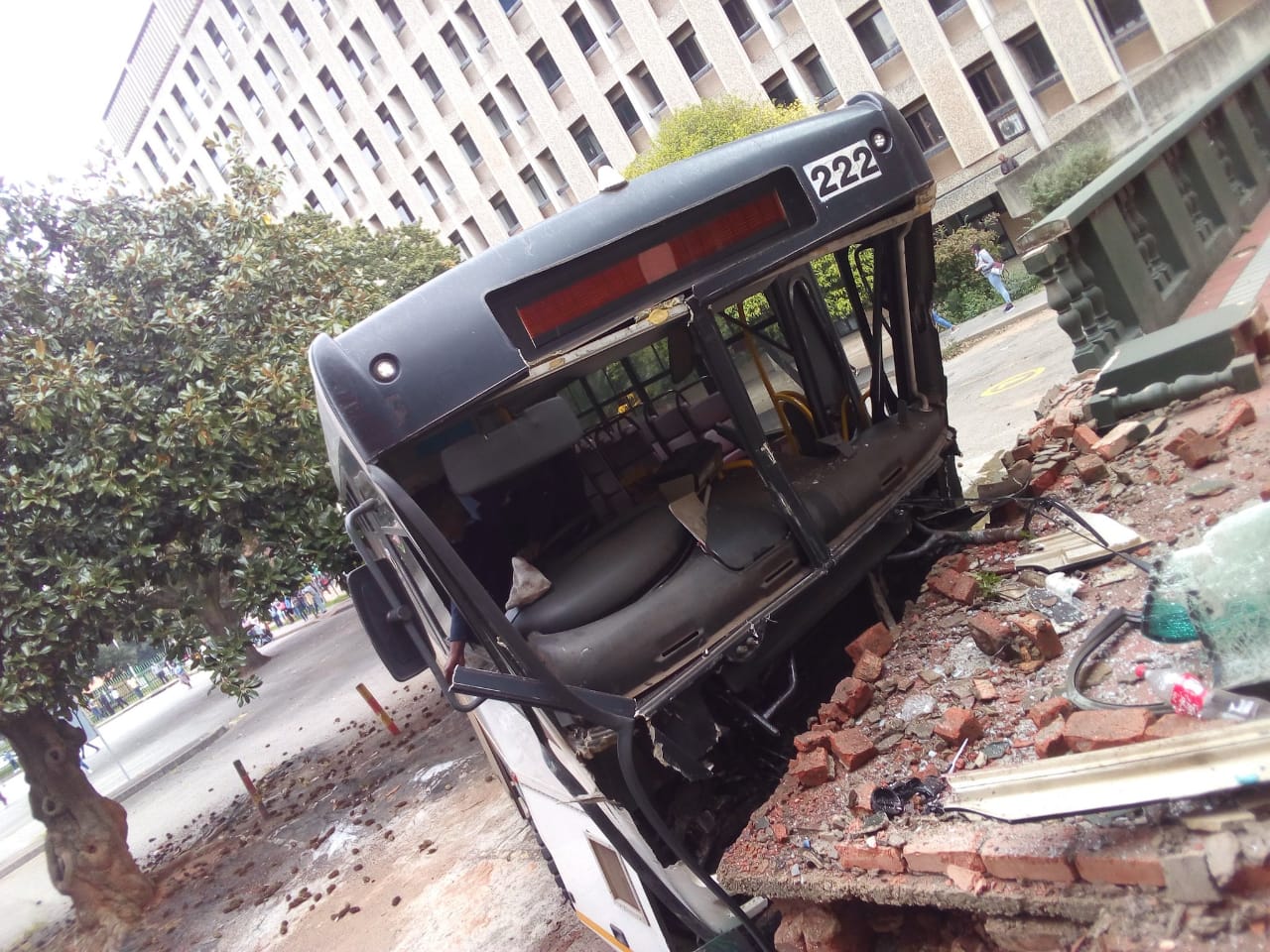 Two women have been killed outside a clinic on the Boksburg Civic Centre after being hit by a municipal bus which lost control.

It’s reported that the driver lost control of the bus and ran over the women. The two victims are a security guard who was helping patients to get into the clinic at the civic centre, and the other a clinic patient.

The bus allegedly lost brakes before crashing into the people.

Paramedics are busy attending to the bus driver who was injured in the crash.

EMPD and emergency services are on the scene. This is a developing story.