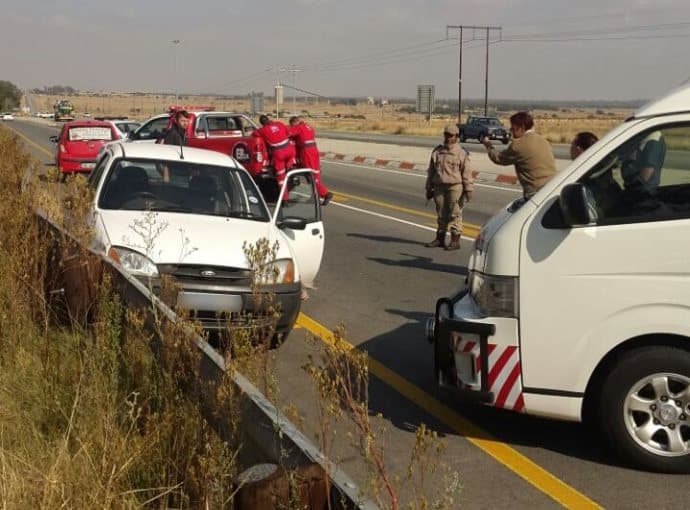 Bystanders found doing CPR on man next to road

A man in his 70s was declared dead this morning on the R59 near Sasolburg.

ER24 paramedics arrived on the scene at 09h30 this morning to find a small bakkie parked against the roadside barrier.

Motorists that had witnessed this incident had apparently pulled the driver from the vehicle, assessed him and had initiated CPR.

ER24 paramedics took over CPR and provided the patient with advanced life support.

Unfortunately, after 30 minutes, no signs of life returned and the man was declared dead on scene.

Witnesses stated that the vehicle had apparently drifted slowly over the centre medium into the opposite roadside barrier.

Durban – The South African Weather Service has issued a warning for…

South African motorists will be paying a jaw-dropping R18.20 cents a litre…