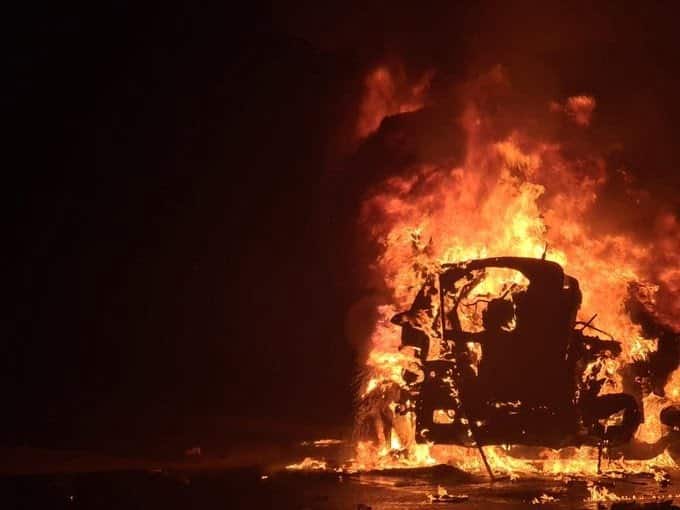 A fuel tanker truck driver has sustained serious burn injuries after his truck burst into flames upon colliding with another truck on Sunday evening.

The two trucks collided on the N3 eastbound just past the Cato Ridge offramp.

“Reports indicate that two heavy motor vehicles were involved in a collision, resulting in one of the vehicles catching alight,” reported Netcare 911’s Shawn Herbst.

“On assessment, medics found an adult male driver who had sustained serious burns.

The patient was treated on scene by advanced life support paramedics and once stabilised was transported to the hospital,” he said.

The driver of the second vehicle did not sustained any injuries.

Durban – Paramedics had to use jaws of life to free a…