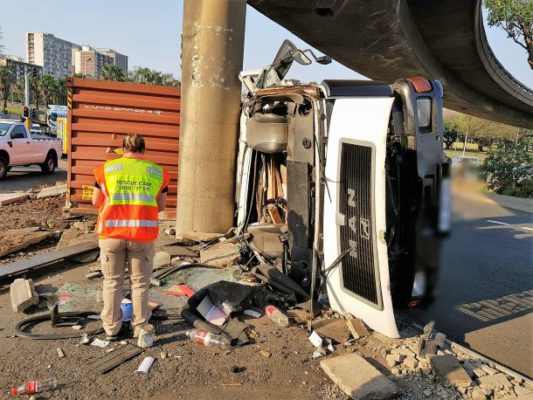 A truck driver sustained moderate injuries after he lost control of his truck and crashed into a concrete pillar on Victoria Embarkment road in Durban on Tuesday afternoon.

Rescue Care Paramedics arrived on the scene to find the truck lying on its side with its driver’s compartment ripped open after impact with a concrete pillar.

The truck driver had sustained moderate injuries and was stabilized on the scene before being transported to a nearby hospital for the further care that he required.

At this stage the events leading up to the crash are unknown however SAPS were on the scene and will be investigating further.