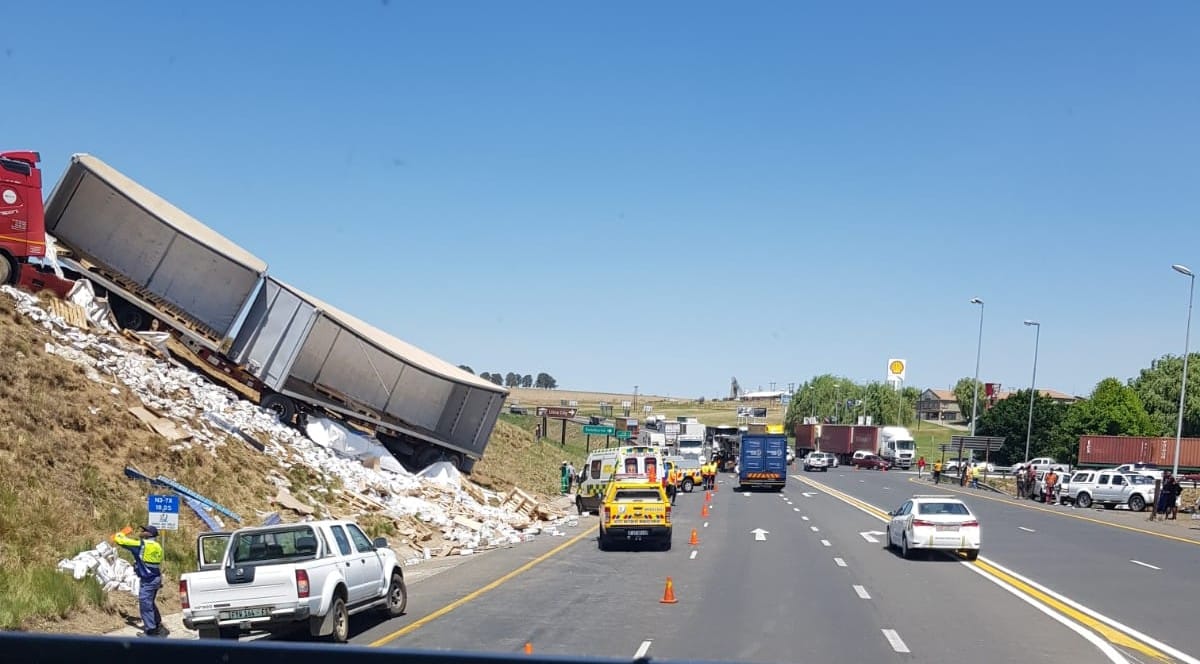 A Durban family are awaiting a collision report to help them understand how two loved ones died when a truck and bakkie collided on N3 at Montrose on Friday.

Businessman Mohammed Vorajee, better known as Mo, from Clayfield in Phoenix, his wife Anisa and their four children Lameeha, 8, Yusuf, 6, Husna, 11 and Nusayba, 2, were returning home after a week-long holiday in the Drakensberg.

Vorajee was driving their Toyota Fortuner when a fully-laden super-link truck allegedly slammed into it on the N3 Durban-bound, near the Montrose turn off.

Pictures from the crash scene show the truck, off the road, on top of a steep embankment, next to the roadside. The truck had been carrying a cargo of milk in cartons weighing nearly 30 tons.

A relative, who did not want to be named, said Yusuf and Lameeha were thrown out of the vehicle. They died at the scene. They were laid to rest at the Verulam Cemetery on Saturday night.

Vorajee was entrapped in the vehicle for three hours. Emergency services used the jaws of life to free him from the wreckage.

Anisa and Nusayba sustained minor injuries and are recovering in hospital.

Husna underwent a medical procedure to her right hand on Saturday. The relative said doctors are pleased with the procedure. Her three fingers were crushed and had to be reconstructed.

Before he left the Drakensberg, Vorajee had phoned his uncle.

An official at the crash site dialled the last number on his phone and informed his uncle of the collision. “The impact of the collision, from what we saw, was on the driver’s and rear passenger door. There are many theories as to how the collision occurred.

“We leave it in the hands of the police and the law to take its course,” the relative said.

“The family and children were inseparable. We ask the public to please allow the family time to grieve. We had people phoning the hospital regularly, claiming to be doctors. They wanted to know Mohammed’s medical status. We also ask people to stop circulating false news on social media,” the relative said.

“All their personal belongings were removed and kept in a safe place. I appreciate the assistance the Harrismith community offered us.”

Two people, a man and a woman, have been killed and twenty-two…