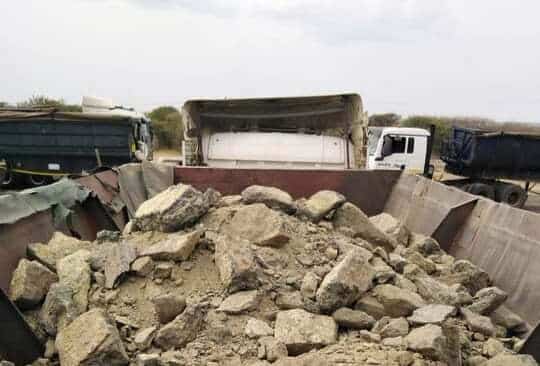 Four people have been arrested for illegal mining of chrome worth almost R1 million in Sun City.

A multi- disciplinary team consisting of the Hawks’ Serious Organised Crime Investigation, Klerksdorp Illegal Mining Task Team, SAPS Airwing and Bidvest Protea Coin followed up on information and executed an operation at the mine.

All the vehicles were subsequently seized for further investigation.

The suspects will make their first appearance before the Mogwase Magistrate’s court on Friday, 27 August 2021 facing charges of illegal mining and theft of chrome.

As the #TruckDriversShutdown continues, a truck driver has lost his life after…