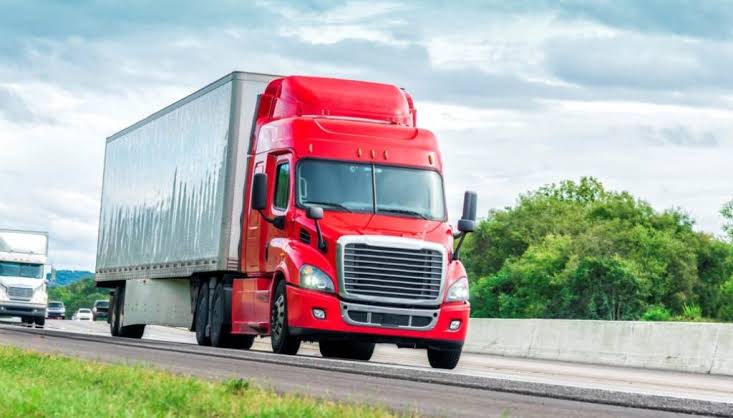 The life of a car driver who encroaches onto the path of an 18 wheeler hangs in the hands of the trucker. They gotta pray that the trucker is alert to avert the imminent serious accident.

This trucker was that one alert and selfless guy to be in the situation.

Upon seeing a car driven by a young woman losing control and encroach to his lane, the trucker swerved off the road and fortunately made it back onto the road safely. At the same he avoided a head-on crash with the woman’s car potentially saving her life.

This happened in Illinois on August 21. A female State Trooper took a moment to thank the truck driver for saving the young woman from a potential fatal crash.

Trooper Tracy shared her message of thanks on Facebook on August 21.

Thank you for watching. I saw you take the gravel shoulder to avoid the young girl texting on her phone. Her car had traveled into your lane on Route 49 and she was bound to hit you head on.

But you were paying attention. You saw her. I saw what you did and I thank you. You easily could have lost control of your 80,000 pound rig by hitting the ditch line like that.

You risked it all to avoid a head-on crash with her.

Sadly, I don’t think she even realized how close to death she came.

Thank you Sir for being alert, driving defensive, and sparing her life. I hope she changes her ways and puts her phone down.

Always watching even when I’m off-duty,

Many commenters thanked Trooper Tracy for recognizing the driver’s skill and professionalism.

“Thank you for publicly recognizing this trucker like this. It’s not often we are painted in a positive or true light. Everyday we are avoiding these types of catastrophic events. A lot of People don’t make their own safety a priority or others. Safe driving and getting home is a joint effort by every driver on the road. We ALL have to do our part, not just the professionals.Thank you Trooper Tracy for all you do. Praying for your continued safety out there!” a Facebook user wrote.

“Thank you for noticing!!! Thank you also for your PSA announcements and for educating everyone, or re-educating, as the case may be!!! Please keep doing what you are doing!!!” said one commenter.

“That’s what we do. We all want to get home after our, as I call it, tour. And we want everyone else to get home too. Sometimes we have to do things that might put us at risk to avoid killing others. That load isn’t THAT important. Personally, as a 20 year veteran of the road, I’d rather kiss that bridge pillar or ditch than hurt someone else because of their negligence. It’s nothing heroic. It’s because that’s what I was taught and what is right,” another commenter stated. CDLLIFE

Contrary to what the Department of Transport have been hoping for, the…