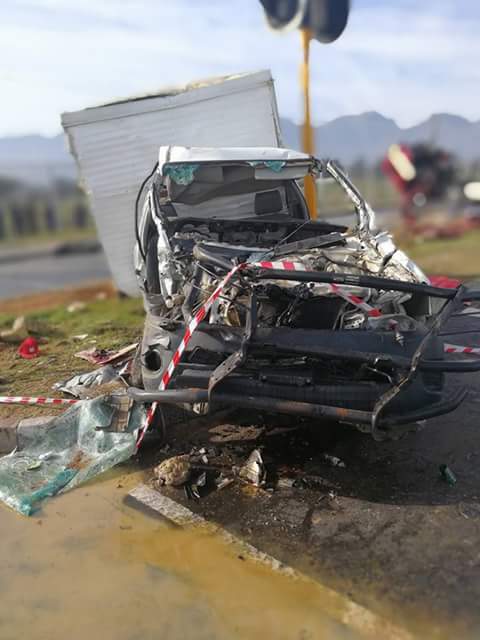 How to act at scene of an accident

The post has been shared by 0 people.
Facebook 0
Twitter 0
Pinterest 0
Mail 0
With the recent record on road accidents and death tolls, motorists have been encouraged to always be alert and to know what to do at an accident scene.The message being that every motorist have a role to play in making South Africa’s roads safer.

Those in the know said it was important to know what to do to, in order to be safe and to keep others safe.

Accidents were bound to happen even when one was careful: “It is important to be prepared for them.”

When Transport Minister Joe Maswanganyi released death toll statistics over the Easter holidays, he announced a 58% increase from the previous year.

Stanton says when members of the public came across road accidents they had to be vigilant, and do what they could.

“If you do come across a road accident, you may be able to make the difference between life and death for those involved. In an emergency, even the smallest action can make all the difference,” he said.

He noted a series of precautionary measures the public could apply when they came across an accident scene – one of the major ones being not to move any injured person.

“Do not move an injured person unless absolutely necessary as you may cause further injury, especially if the person has suffered spinal injuries.

“Rather try to keep injured people calm by talking to them and reassuring them that help is on the way,” he said.

Those being the first to come across an accident scene, had to make sure they were safe, and then that everyone else around them was safe.

“Park in a safe spot with your hazard lights on. Put a warning triangle at a fair distance back from the scene to alert motorists to the possible danger ahead,” Stanton said.

Assessing the scene and phoning for help were also extremely important. “Assess the scene and see if there are any injuries. If there are, make sure that you phone for help by calling 082911 immediately.

“Remember to give the call-taker your number in case the call gets cut off,” he said.

Stanton added that when coming across injured people people one should not try to remove objects or try to do anything without wearing any protective gear.

“Never touch an open wound or any bodily fluids of another person if you do not have the necessary protective gear such as gloves, face masks and eye goggles.

“If a patient has a foreign object impaled anywhere in their bodies, do not remove it unless absolutely necessary, as you may cause further harm.

“Wait for the emergency medical services to arrive and assist where required,” he added.

Pietermaritzburg – A man and woman, believed to be in their 60s,…

From early today, angry parents and members of the Beaufort West community,…