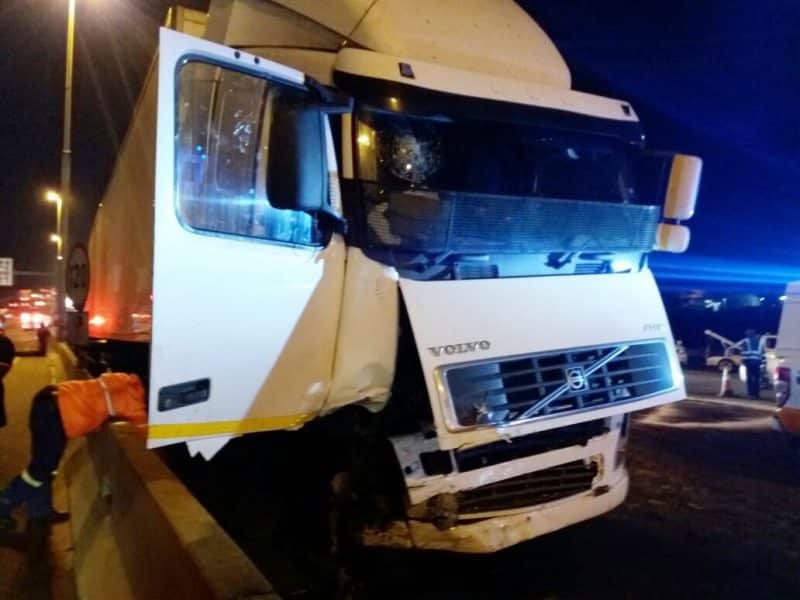 A truck driver is alleged to have disappeared from a fatal accident scene on N1 South near Olifansfontein offramp in Midrand on Tuesday night.

Reports from the scene alleged that a truck crashed into a broken down vehicle causing several other vehicles to collide.

It is understood that the broken down vehicle caught fire following the collision.

The driver of the truck was not located at the scene and it was further alleged that he had absconded.

Another two burnt to death apparently after their broken down car burst into flames on impact.

The deceased were unidentified as they had been burnt beyond recognition.

The 41 year old male driver of the overturned car was stabilised at the scene before being transported by Netcare 911 to hospital.

A female from another vehicle had sustained a possible fracture to her left arm and was treated by Netcare 911 and then handed over to another ambulance service when more resources arrived at the scene.

The Fire Department and JMPD’s specialised Accident Investigation Unit were at the scene to investigate the incident.

The exact details of the incident and preceding events will form part of a police investigation.