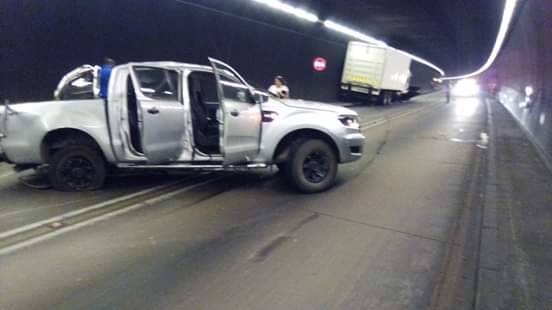 Cape Town – The Huguenot Tunnel, on the N1 just outside Cape Town, was closed on Monday afternoon after a head-on crash between a truck and a bakkie.

A trucker who passed the scene just after the accident happened said the truck which was travelling towards Cape Town collided with the bakkie coming from the opposite direction.

According to preliminary reports, two people were injured – one of them seriously.

“The tunnel is closed. Motorists should please use the old Du Toit’s Kloof Pass,” said Africa.