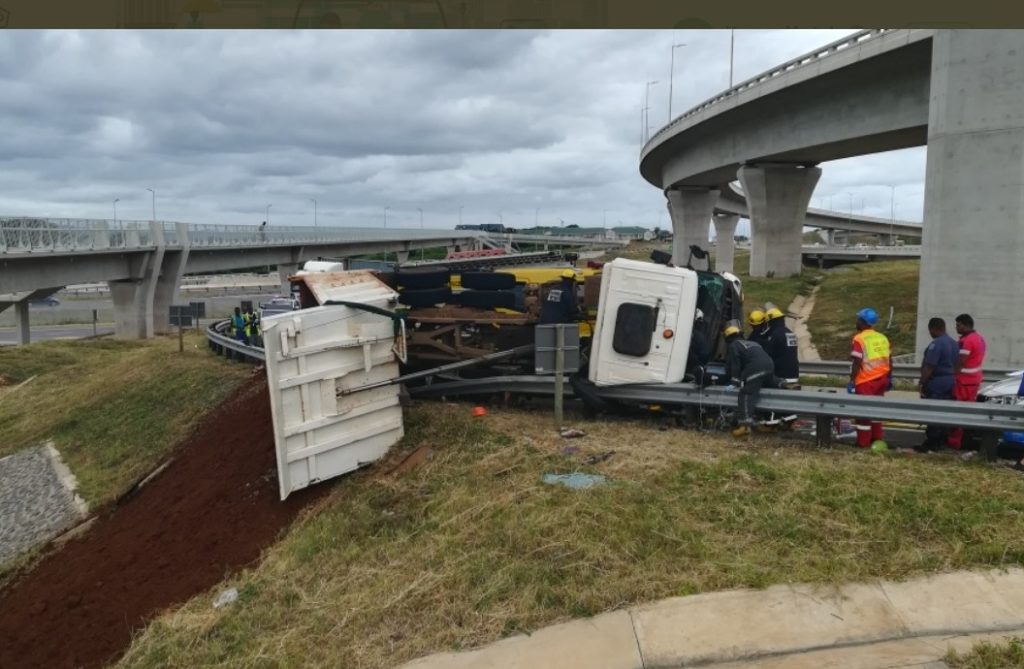 Durban – Paramedics had to use jaws of life to free a tipper truck driver entrapped in his truck after an accident on the N2 highway in Durban on Tuesday afternoon.

The truck overturned on the N2 offramp onto the M41 Westbound near Gateway Mall in Umhlanga.

Traffic was severely affected as the truck blocked the lanes.

Reports from the scene indicate that the driver of the tipper truck lost control around a bend resulting in the rollover.

The Ethekwini Fire and Rescue Services used hydraulic tools to free the man trapped in the wreckage while a Netcare 911 Emergency Care Practitioner stabilised him.

Once free the patient was transported by ambulance to the hospital for further treatment.

The cause of the accident is not known at this stage.