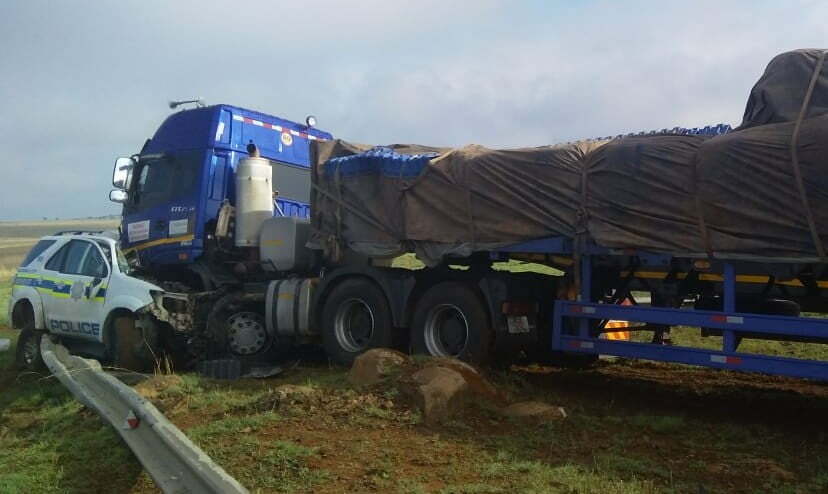 Videos have surfaced online, of a horrific scene of a crash between a truck and a police car on the N11 on Monday night.

The accident happened about 40km before Newcastle coming from Ladysmith side.

According to the trucker who filmed the scene, passengers in the car died in the crash, this could not be immediately confirmed.

One of the videos sent to SA Trucker shows the Zambian registered truck stuck onto the police Toyota Fortuner SUV.

The scene suggests that the vehicles collided head-on leading to the truck pushing the police SUV with it as it crashed off the road.

Durban – 8 people, including children, have died following a crash involving…