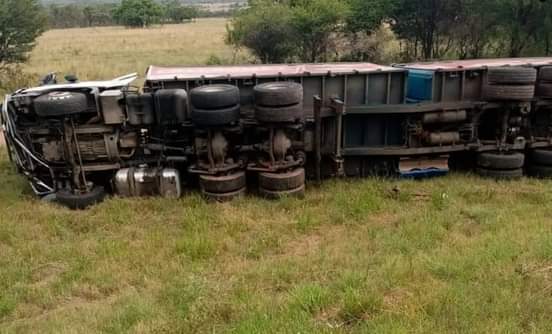 Five people have been killed in a collision between two cars and a truck on N1 near Middlefontein.

A Ford Kuga SUV, a Suzuki and a Mercedes Benz truck collided causing the Suzuki to catch fire.

It’s alleged that the Ford Kuga experienced a tyre blow out, lost control and crashed head on with the Suzuki and also crashed into the truck.

The truck left the road and overturned while the one of the cars caught fire.

Both drivers of the two light vehicles and 3 passengers died.

The driver of the truck sustained slight injuries.