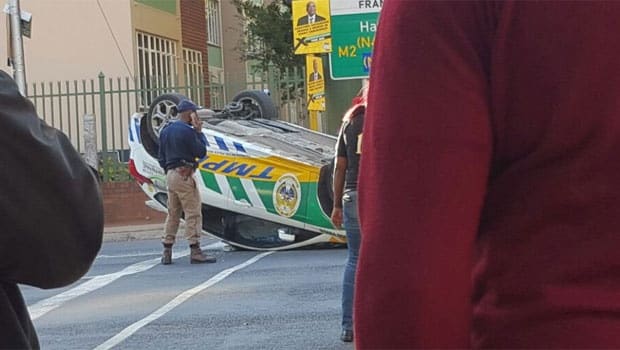 The party members were protesting about the nomination of former public works minister Thoko Didiza as the mayoral candidate for Tswhane.

A metro cop car was overturned on the corner of Schoeman and Becket streets next to Court Classique Boutique hotel.

A motorist’s phone was confiscated and destroyed after taking a picture of the situation; while stones were hurled at people living in nearby flats trying to take pictures.

The African National Congress on Monday confirmed Didiza’s nomination; and called on members to support the nomination and not resort to violence again.

Did you switch off your phone ringer and misplace the phone? It…