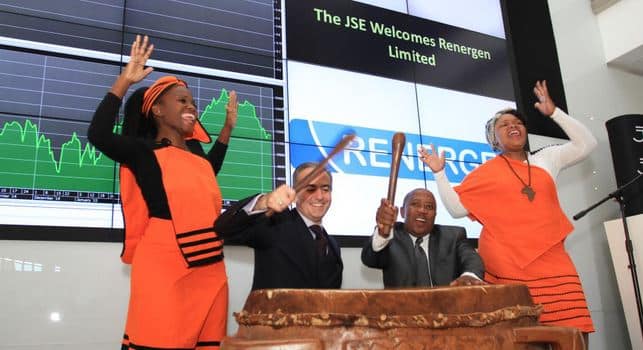 Renergen signs an agreement to supply LNG along the N3

The signing of the supply agreement between the companies comes almost four months after Renergen and Total South Africa signed an agreement in June for the joint marketing and distribution of LNG through Total’s service stations.

Renergen is in the construction phase of South Africa’s first commercial LNG plant and anticipates that the plant’s switch-on date will be around the third quarter of next year.

The LNG displaces diesel usage, reducing operating costs and helping customers to meet their sustainability targets due to the significantly lower greenhouse gas emissions from natural gas compared with diesel.

Renergen chief executive Stefano Marani said the adoption of sustainable solutions in business had reached a tipping point, and partners such as Logico were among those leading the pack.

“We are proud to be their supplier of clean fuel and look forward to a long relationship together. LNG, when used as a substitute for diesel in trucks, not only results in significant cost reduction, but has the added benefit of reducing greenhouse gas emissions,” Marani said.

He added that the longevity of engines improved, due to the lower levels of impurities in fuel, which in the long run added to the savings when switching from diesel to LNG.

Renergen’s 100percent owned subsidiary, Tetra4, which holds the first and only onshore petroleum production right in South Africa, secured an agreement with Black Knight Group for the sale of LNG in February last year.

Logico managing director Clint Brook said dual fuel trucks were the way forward and the ability to implement was on their doorstep.

“We are constantly looking to innovate and deliver ongoing benefits to our valued clients, and it was therefore a no-brainer to partner with Renergen, and we look forward to our reduced impact on the environment and the subsequent savings,” Brook said.

He said that full gas trucks would become a reality in the medium term when Renergen expanded its production and footprint in South Africa, and the outlook for green energy was very exciting.

Brook and Logico’s chief executive, Bryan Cuff, both considered the Logico business to be market leaders in technology, and said they always looked to embrace positive change and new technologies to add value and improve their operation.

“Logico was an early adopter of the game-changing Volumax technology and is currently one of the largest privately owned Volumax fleets in the industry,” he said.

Cape Town – A truck driver was injured when his truck overturned…