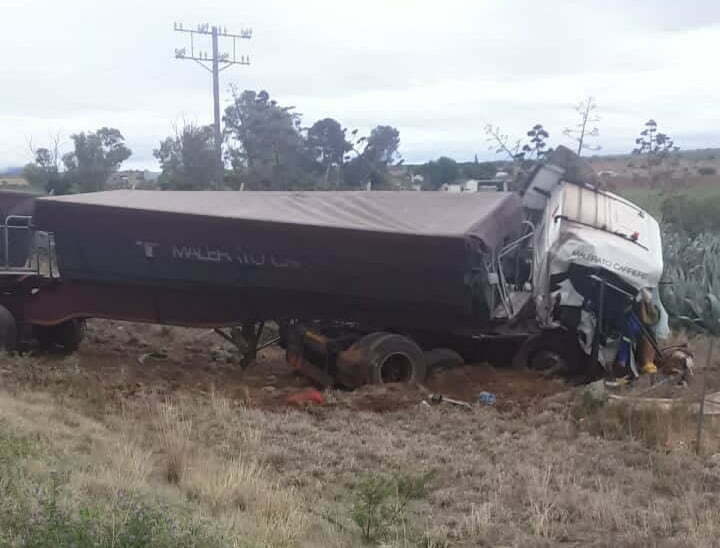 Truck And Ambulance Head-on Collision On N10 Kills Both Drivers

Three people have been killed in a head-on crash involving a side tipper truck and an ambulance on the N10 between Cradock and Cookhouse today, November 6.

SA Truckers who arrived on the scene around 07h00, just a few moments after the accident, said it was too traumatizing to see the truck driver and ambulance crew’s lifeless bodies.

“The truck driver was still entrapped in his wreck while the ambulance driver and his partner got ejected on impact and layed lifeless next to the ambulance,” said one SA Trucker.

The Eastern Cape Transport Department confirmed that three people, including two paramedics and a truck driver were killed in the accident on the N10 between Cookhouse and Cradock on Saturday morning.

He says one person was also killed in another accident involving a truck on the N2 on Friday evening.

A truck collided head-on with bakkie between KwaBhaca, previously Mt. Frere and Qumbu on Friday evening.

The driver of the bakkie, a 41-year old man, died at the scene, while the truck driver escaped unharmed.