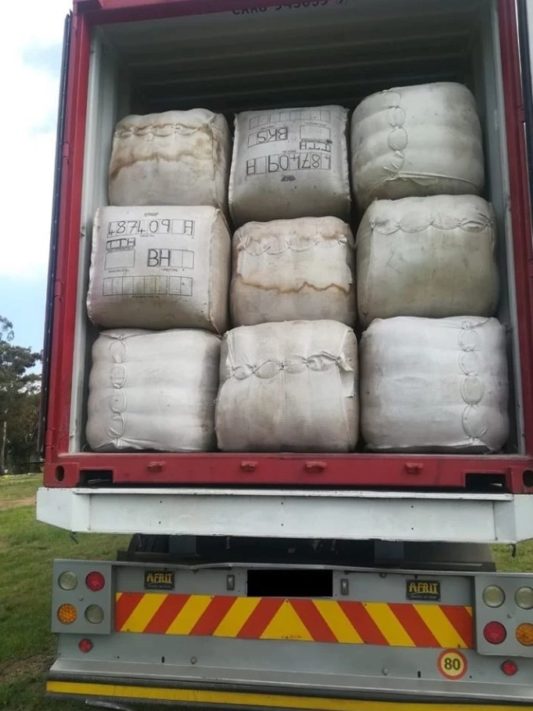 Truck driver caught smuggling with R8m worth wool into SA

A truck driver has been arrested after he allegedly smuggled R8million worth of wool from Lesotho into South Africa.

The truck was intercepted in the Free State on Tuesday after it was suspected to be carrying stolen mohair, police said on Thursday.

Fouriesburg police pulled the driver over after a tip-off that the driver had no documents for it.

He was travelling from Lesotho and was allegedly not able to produce the required documentation for the wool.

The driver was expected to appear in the Fouriesburg Magistrate’s Court on Thursday on a charge of being in possession of suspected stolen property.

Read also: Hijackers flee with 55 bales of mohair worth more than R1.2m

Isak Staats, general manager of BKB Wool and Mohair said that wool fetches around R140 per kg at the moment.

“Wool theft is quite a big problem in SA,” he said. “It is a liquid asset – anybody can steal it and it is quite easy to sell.”

The most common method of theft is for a worker so inclined to squirrel away handfuls into a pocket every day until the pile has built up to a large enough size to offer for sale.

Staats did not think the bust could be related to a heated dispute in Lesotho over auctioning and transporting wool between South Africa and Lesotho.

He said those limitations were resolved through the Lesotho Parliament at the end of 2019 and an agreement was in place for the next two years.