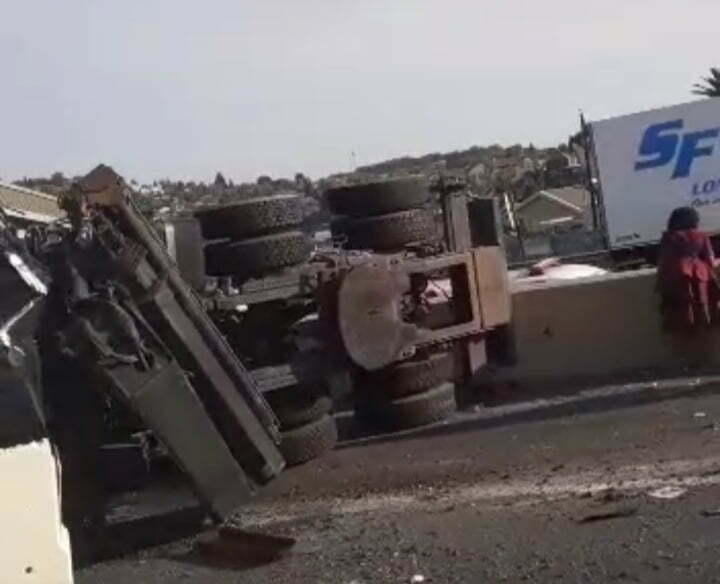 Watch: 4 killed as truck overturns on the N12 near Comaro road

Four people have been killed and one person seriously injured when a truck overturned on the N12 east between Klipriver and Comaro roads in Glen Eagles on Friday afternoon.

According to Johannesburg Metro Police Department(JMPD) all 5 were occupants from the truck.

Traffic was heavily affected as two right lanes on both the N12 east & westbound were closed off to allow authorities to attend the scene.

Watch the video of the aftermath of the fatal accident below.

4 killed and 1 seriously injured after truck overturns on N12 between Klipriver and Comaro road https://t.co/SiSbHZ1s8I pic.twitter.com/laySh6TYeZ

Durban – A truck driver was seriously injured after he lost control…

Four people, including a child and a pregnant woman, have been killed…

Durban – A truck driver was seriously injured when he was involved…