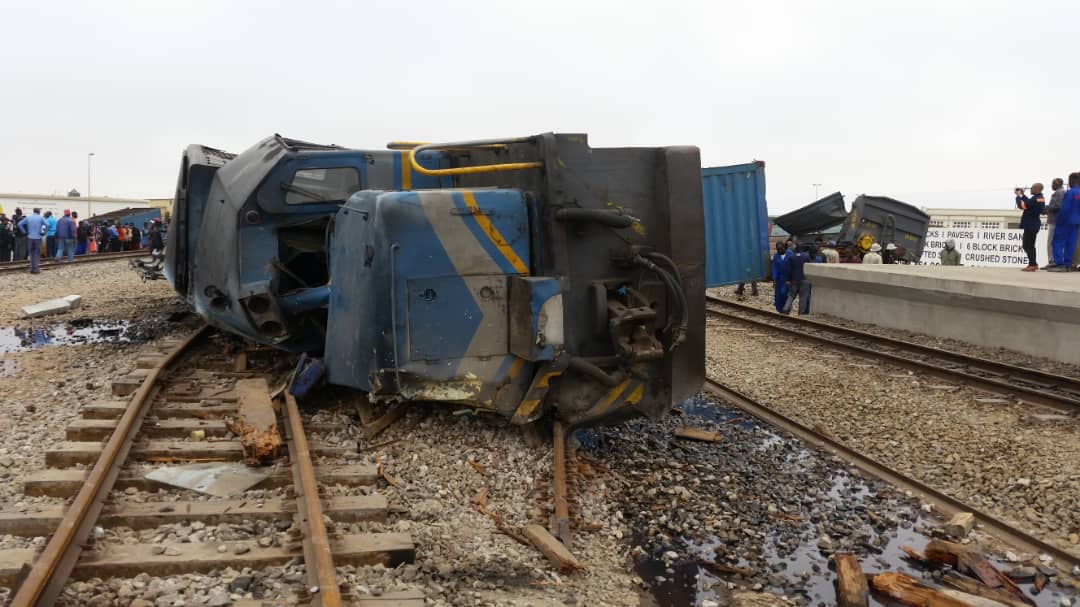 One person was killed and two others injured when a freight train derailed at the Swakopmund railway station in Namibia on Tuesday afternoon.

Four locomotives and several wagons on which shipping containers were being transported were damaged during the incident.

The Chief Executive Officer of TransNamib, Johny Smith, confirmed the incident and said that the actual cause of the derailment, which caused millions of dollars in damage to both the rail infrastructure, machinery and the cargo, will be investigated as a matter of urgency.

Three people, all workers of the rail utility, were on the train.

According to Adri Goosen, the Chief of the Swakopmund Fire Brigade, the train fell over in a curve in the railway line.

Eyewitnesses to the chaotic incident said that the train was running too fast when it entered the station and shunting area, causing it to topple over.

The train accident was captured on CCTV as it crashed. Watch the video below: