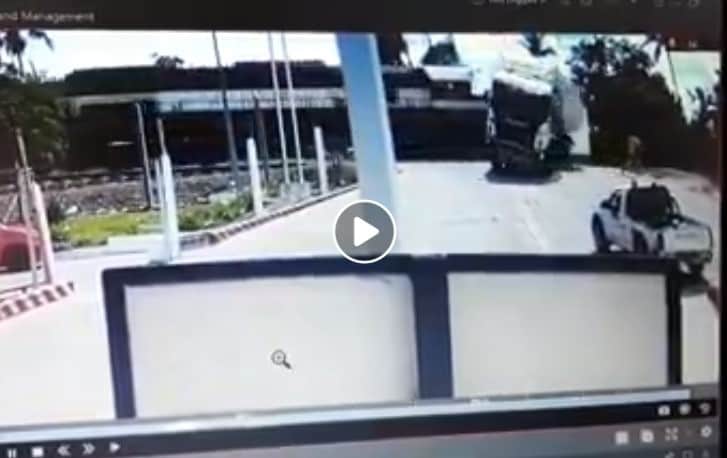 A truck driver is lucky to be alive after a goods train crashed into his tanker truck in Beira, Mozambique on Saturday.

Mozambican police have not yet commented on the accident, CCTV footage shows how it happened.

The truck approaches a railway crossing and overtakes another truck stuck at the stop sign.

As the truck is halfway crossing the tracks, it gets stuck.

A cargo train approaches from the right side of the truck and at the same time, the truck starts moving.

It’s however, too late as the train crashes straight into the tanker, flipping the truck instantly.

A passerby is lucky as the falling truck misses by a whisker.

A SA Trucker who witnessed the accident said that no one was injured in the crash.