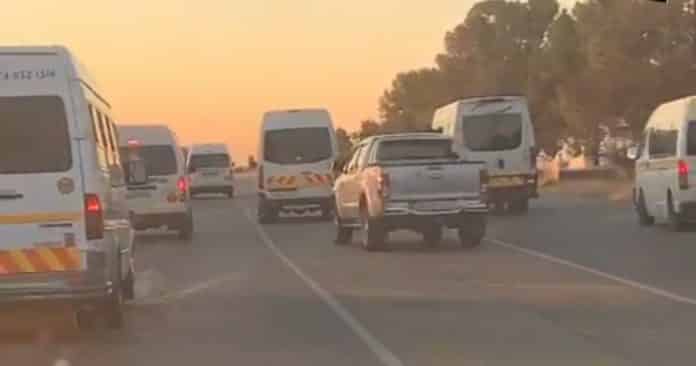 So often taxi drivers get away with reckless driving without any consequences so much so that they don’t think twice before breaking road rules.

This video, however, may make another taxi driver, or any motorist for that matter, reconsider their actions the next time the taxi driver syndrome kicks in.

In the video, two taxis can be seen driving on the wrong side of the road.

When one of them attempts to overtake the other he collides head-on with another vehicle coming from the opposite direction.

It looks like the vehicle swerved to avoid the first taxi but the recklessly speeding and overtaking taxi crashes with it.

A bakkie driving next to the first taxi had to swerve to the left foreseeing the imminent crash.

The accident occurred at the beginning of the week in Welkom.

Most popular trucker videos of 2019